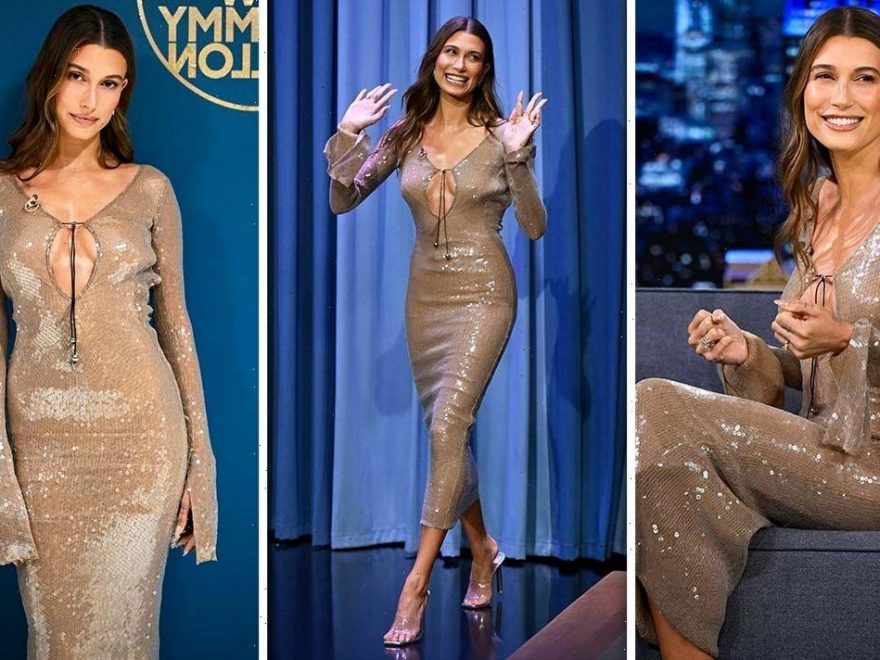 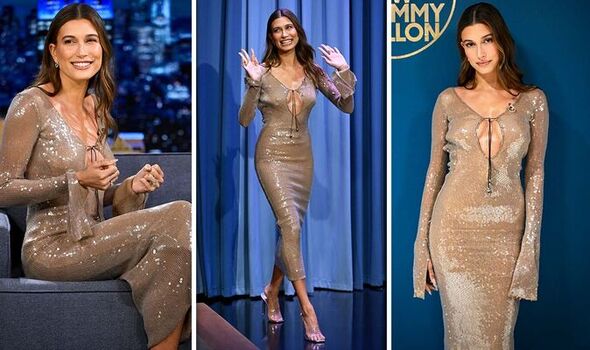 She dazzled in a midi dress

Hailey Bieber, 25, looked phenomenal as she made a stellar appearance in a show-stopping gown.

The model put an eye-popping display in a sparkly midi dress that featured a keyhole cleavage.

Hailey was glowing as she stepped out in New York yesterday flashing a big smile for the cameras.

Justin Bieber’s wife opted for a natural looking makeup look and wore her chestnut locks down following an appearance on The Tonight Show Starring Jimmy Fallon.

Her appearance comes days after her husband revealed he was suffering from Ramsay Hunt syndrome, which has caused one half of his face to become paralysed, while Hailey was also hospitalised recently for a blood clot in her brain.

She made a glamorous appearance

She wore a sparkly gown

She opted for a natural-looking makeup look

She made a stellar appearance

Hailey wore a dress that featured a keyhole cleavage

She was glowing as she stepped out in New York