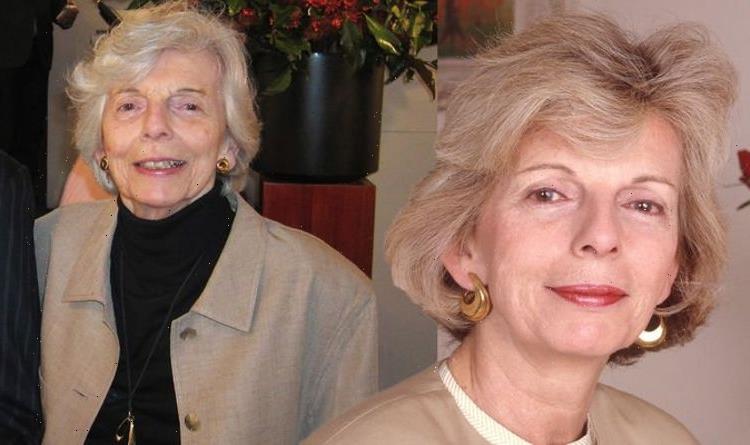 Grace Mirabella’s death was reported by the New York Times, with the news coming from her stepson Anthony Cahan. She served as Editor-In-Chief of Vogue between 1971 and 1988.

She eschewed fantasy and escapism.

Grace worked as Diana Vreeland’s assistant in the 1960s, leading her one step closer to the role of a lifetime.

She succeeded her as editor-in-chief in 1971 and remained in the role until 1988.

Grace first joined Vogue as an assistant in the merchandising department, before moving to its editorial staff three years later.

Talking about her relationship with Diana she said: “It was very difficult to work for her.

“But you can get along with someone who is difficult if you admire them.

“And I admired Diana Vreeland—for all of her style and know-how, which she was about.”

The 1960s for Grace represented a political shift and was part of a new generation for working women.

Grace believed at this time there was an army of women entering the workplace who needed clothes that helped them to progress up the career ladder.

Grace personified her philosophy of easy-going elegance, and her own wardrobe featured an eclectic mix of designers that included Yves Saint Laurent, Bill Blass, Geoffrey Beene, and Calvin Klein.

In 1974, Grace married William Cahan, an influential surgeon and author.

William, who specialised in lung cancer treatment and was a tireless anti-smoking lobbyist, had an enormous influence on her work.

She increased health and fitness coverage in the pages of Vogue and led a campaign to stop women smoking.

During Grace’s tenure, Vogue became a powerhouse, and its circulation climbed from 400,000 in 1971 to an unrivalled 1.2 million.

Following Grace’s passing, Anna said to Vogue: “Grace guided Vogue through a momentous time in American history—emancipation, sexual freedom, and vital and hard-won rights for women—and she made that time come alive on the magazine’s pages.

“She eschewed fantasy and escapism in favour of a style that was chicly minimalist and which spoke clearly and directly to the newly liberated ways we wanted to live.

“She always exemplified the best of America in her vision and values, and she changed Vogue in ways which still resonate—and which we are profoundly thankful for—today.”

Soon after departing from Vogue Grace launched her own magazine titled Mirabella under Ruper Murdoch’s company.

She exited Mirabella in 1994, later explaining “as they kept changing and changing the personality of the magazine, I felt I had to leave.”

In her later years, Grace lectured widely, wrote a style column for New York-based Quest magazine, and launched the online magazine The Aesthete.