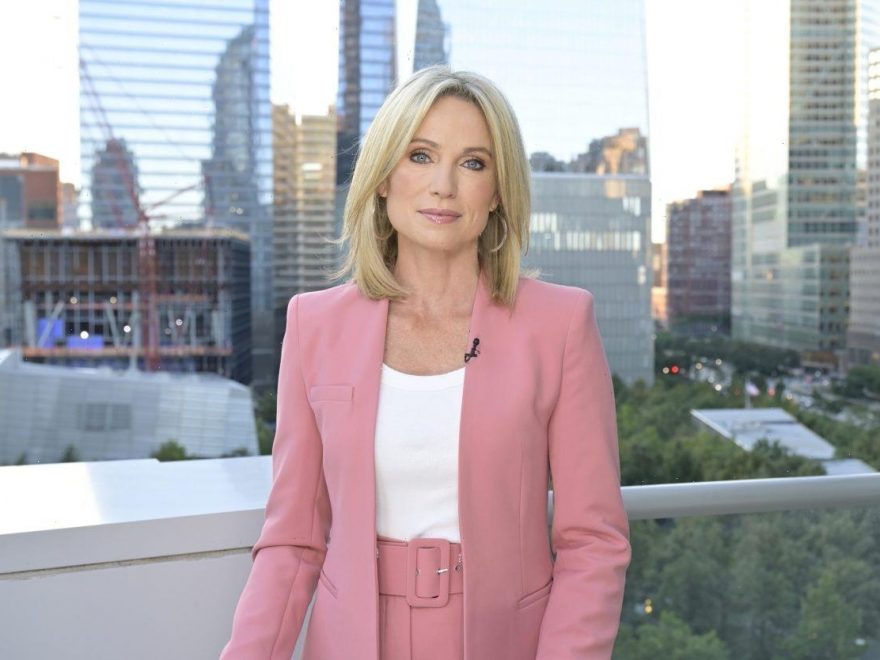 Good Morning America anchor Amy Robach often shared about her breast cancer diagnosis in 2013 and her recovery process. With the discovery made due to an on-air mammogram for a segment on GMA, Robach was intentionally open regarding her journey with viewers in order to raise awareness on wellness and early detection.

With Breast Cancer Awareness month coming to a close, Robach wants to shed light on the complexity of going through cancer even when you’re technically in recovery.

Good Morning America produced a segment on mammograms for Breast Cancer Awareness Month in 2013, and Robach agreed to take part in a live mammogram. Forty years old at the time, Robach was told a few weeks later that she had stage 2 invasive breast cancer. She was immediately thrown into a flurry of tests and medical appointments.

“It can make me emotional literally thinking about it right now,” Robach recently told GMA. “I couldn’t have been more shocked. When I first got diagnosed, it’s just a whirlwind of so many decisions … and it all happens so quickly.”

Robach underwent a double mastectomy, breast reconstructive surgery, and eight rounds of chemotherapy. The GMA anchor noted how the physical changes to her appearance made an emotional impact.

“There’s nothing like that moment when you see your hair in the bathroom drain, and you realize the toll it’s taking on your body,” Robach said, revealing the hair loss, scars, and skin changes she endured. “When you’re fighting for your life, it sounds silly to think about vanity, but it is a part of the cancer journey. Looking at your body, and not recognizing it is a really frightening thing, actually, because it happens so suddenly, and even with reconstruction, things are not the same, they never will be.”

Robach shared the loneliness many cancer patients experience despite the knowledge that millions of others are going through the same illness. She strongly encouraged those diagnosed to find someone who’s been on the cancer journey for support and guidance, and raved of her co-anchor on GMA, Robin Roberts, who is a two-time cancer survivor.

“For me, that person was Robin Roberts,” Robach explained of her friend and colleague. “She was a beacon of light for me to see what I could hope for, what could be me one day, that I could be on the other side of this.”

Roberts gave Robach some valuable insight on the next step in her cancer journey that she hadn’t expected.

Amy Robach decided to ‘take the narrative back’

The Good Morning America co-host realized that she was embarking on a new phase in her life when her cancer protocol ended.

“Once you’re finished with the treatments and the surgeries, there’s a fear that steps in,” Robach remarked. “You don’t even have time to really think about it when you’re fighting. When you stop actually fighting with treatments, you then think, ‘Oh no, what’s next? What happens now?’”

Robach decided to focus on optimum health and pursued better nutrition, rigorous exercise, and overall wellness. The journalist has taken up mountain climbing, running marathons, and enjoyed more travel since her recovery.

“At 48 years old, I’m significantly more healthy than I was in my 20s and 30s,” she said. “Cancer gave me a reason to be the best version of myself, and that’s what I’ve done. You realize that fear can either cripple you or it can motivate you, and it had been crippling me. And I decided to change it, and let that fear be motivating.”