Even Tom Brady had something to say about wife Gisele Bündchen’s stunning natural look as she hit the beach in her latest Instagram snap.

Gisele Bündchen is taking full advantage of the summer sunshine. The 40-year-old Brazilian model enjoyed a day on the beach and showed off her makeup-free look and stylish bikini in a photo she posted to her Instagram account on Sunday, June 27. “Sunday, summer and sunshine = Heaven 😊,” Gisele wrote in her caption, and reiterated her remarks in Portuguese. Gisele’s post got a whole lotta love from her followers — including husband Tom Brady, who commented, “”MISSING YOU,” alongside a flurry of heart-eyes emojis and red heart emojis. 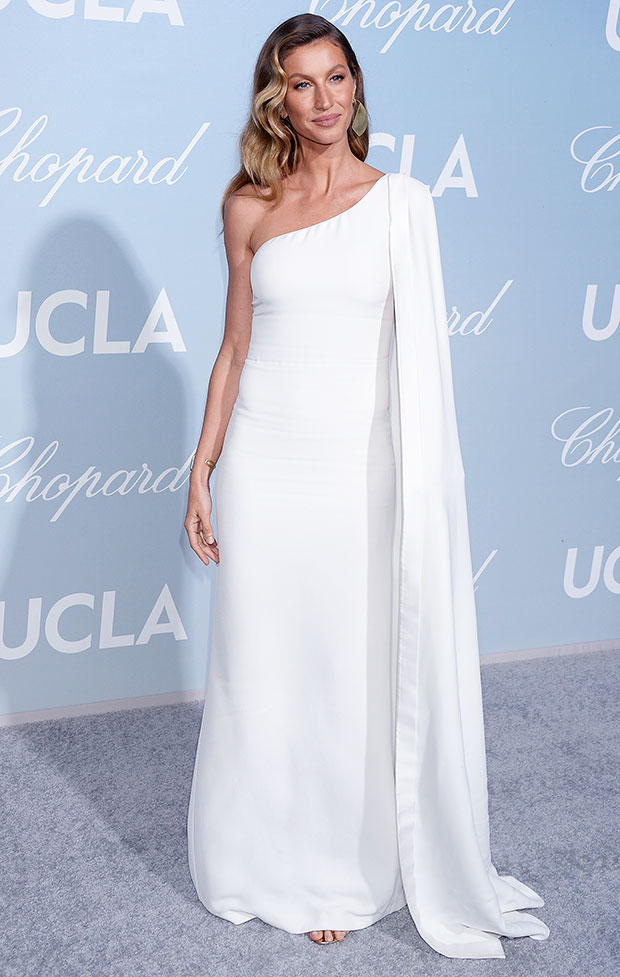 Gisele and Tom, 43, have constantly supported one another ever since their romance started in 2006. At the time, Tom was still dating his ex Bridget Moynahan, 50, but the NFL quarterback and Gisele could not resist each other. “I knew right way — the first time I saw him,” Gisele told Vanity Fair in a 2009 profile. “We met through a friend. The moment I saw him, he smiled and I was like, ‘That is the most beautiful, charismatic smile I’ve ever seen! We sat and talked for three hours. I had to go home for Christmas, but I didn’t want to leave.” After two years of dating, Tom popped the question to Gisele, and the couple wed in 2009 at St. Monica’s Catholic Church in Santa Monica, CA. They would go on to welcome two children: son Benjamin Brady on Dec. 8, 2009, and daughter Vivian Lake Brady on Dec. 5, 2012.

Tom, who took home his seventh Super Bowl victory in Feb. 2021 as the Tampa Bay Buccaneers quarterback, gushed over his wife during an April 7 interview with Good Morning America. “I give her a lot of credit for that you know she’s — she’s the one that you know supports the family, she’s the one that at the end of the day makes a lot of sacrifices,” he said. During the off-season, Tom and Gisele enjoyed several family getaways with their kids and Tom’s son from his previous relationship, Jack Brady, 13. “We went skiing. We had a little trip there — we have a place in Costa Ricathat we’ve been to. We were in the Middle East for a week, and then we’re here at Disney,” he told GMA.

After winning Super Bowl LV, Tom signed a contract extension with the Bucs that will see him stay with the Florida-based team through the 2022 season. And as expected, Gisele will be there on the sidelines, rooting him along all the way. “Gisele is 1000% in for Tom to continue playing for as long as he would like to play,” a source previously told HollywoodLife EXCLUSIVELY. “If he continues to perform at a top-level, stays healthy and safe, then why not enjoy the ride he continues to be on?”