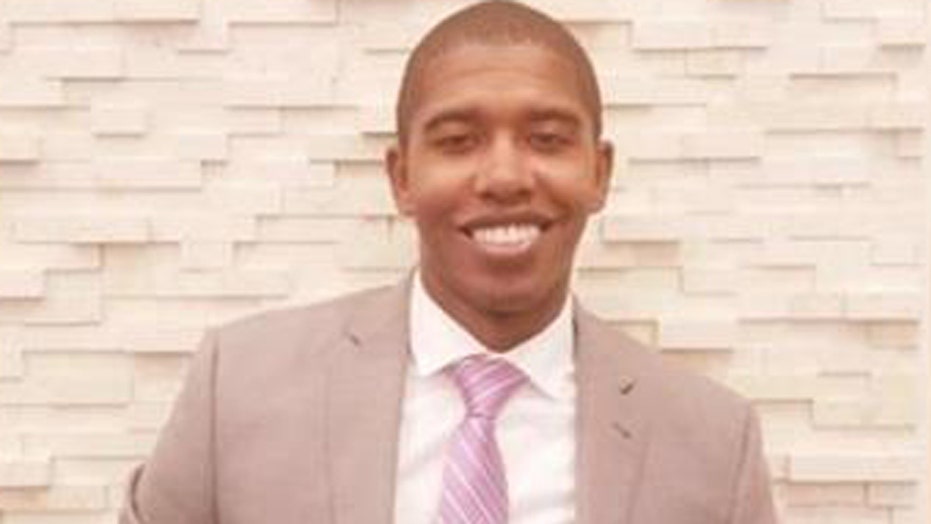 Fox News Flash top headlines for May 22 are here. Check out what’s clicking on Foxnews.com

With all due respect, the guy who wrote "'tis better to have loved and lost…" probably never lost $80,000.

Police say a Georgia woman lost the loot, however, after being scammed by a man she met on an online dating site – and married within a week.

Gwinnett County Police issued an arrest warrant for John Martin Hill, 35, on Tuesday after they say he conned an Alpharetta woman out of tens of thousands of dollars during a whirlwind weeklong romance during which authorities say Hill claimed to be a “millionaire.”

Police say the unidentified woman met Hill on Match.com in March — and the two met in person later the same day. It was during that meeting Hill reportedly boasted about being a “millionaire.” Within a week of meeting, the couple married and Hill allegedly convinced the woman that they should buy a house together.

The woman reportedly gave Hill $80,000 to put towards the couple's dream home, including the cost for furniture, but as soon as he had the money, police said Hill “ceased all contact.”

Investigators tracked Hill to an apartment in Duluth — where he was reportedly living with another woman and child. Police also said they discovered Hill has changed his name more than five times in fewer than three years.

He is accused of one felony count of theft by Deception in Gwinnett County but has reportedly been accused of similar crimes in Virginia, Delaware, Maryland and New Jersey.