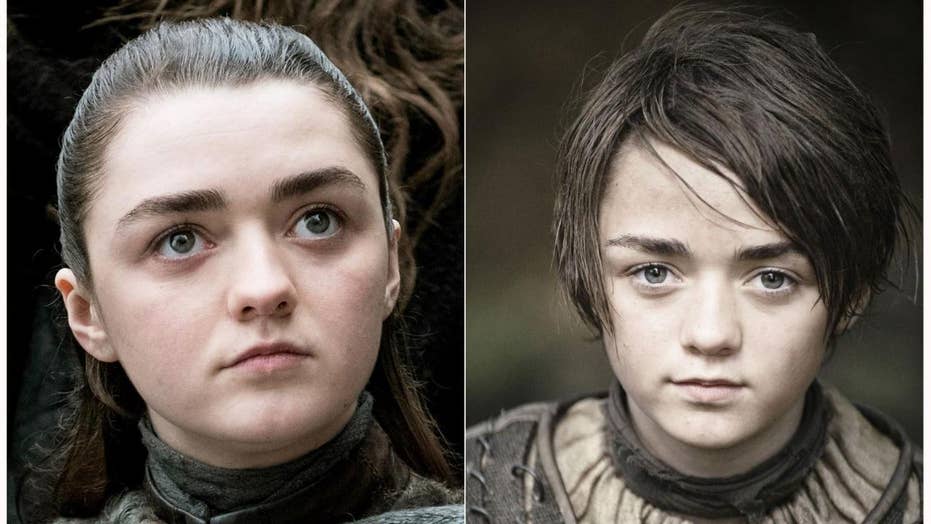 The shocking ‘Game of Thrones’ sex scene with Maisie Williams

‘Game of Thrones’ star Maisie Williams, who plays 18-year-old Arya Stark, opens up about the sex scene that shocked viewers and left some cringing.

Baskett – a former University of Utah gymnast, national champion and 12-time All-American – performed many of the stunts for Williams, who plays the beloved character Arya Stark in the HBO hit series, in the show’s most recent episode titled “The Bells.”

“When Kristina Baskett is not too busy helping out with our #GymDevilsshe also a Stunt Woman! Behind the scenes on the set of Game of Thrones!” reads a post on the Sun Devil Gymnastics’ Facebook page. Baskett can be seen standing in the blood-soaked streets of King’s Landing from Sunday's episode.

But the gymnastics pro, whose more than 70 credits include “Divergent,” “Teen Wolf,” “Criminal Minds” and “NCIS: Los Angeles,” per IMDB, has worked as Williams’ stunt double in previous “Thrones” seasons, too. In fact, Baskett, 31, has even helped to train Williams to do her own stunt work at times.

"She's one of our favorite types to work with because she's really excited about stunts and she enjoys it, so she's willing to put the time and the effort to really train and get good and want to do as much as she can," Baskett recently told Elle. "She's also very naturally talented. She's very coordinated, very athletic."

"She's so great,” she continued, referring to Williams. "One of our main jobs is to help the actors look as good as they can, and she makes it very easy for us to make her look good because she's very natural at it and enjoys it."