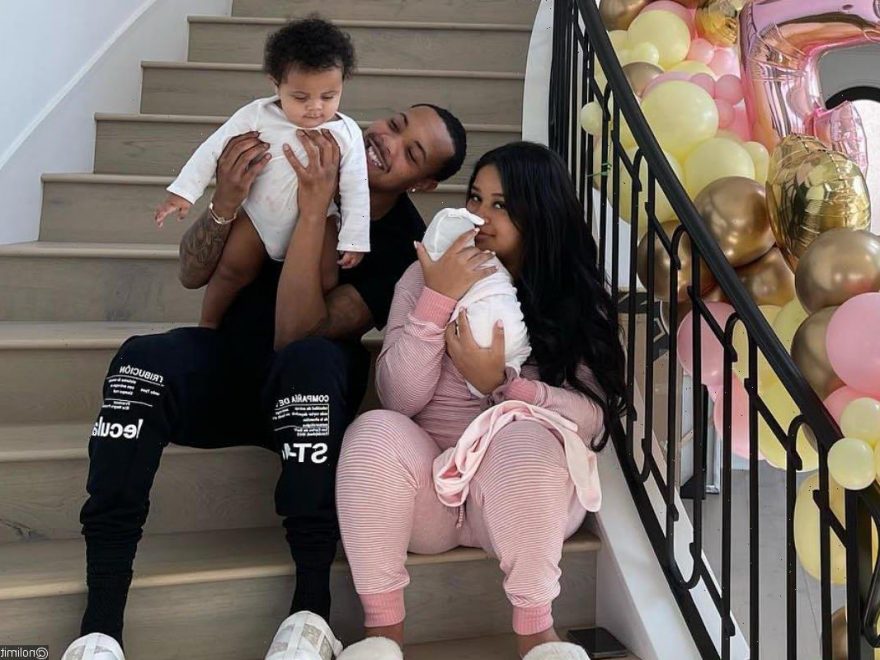 The ‘Locked In’ rapper and his model fiancee, who already share son Essex William Wright, announce the baby news by sharing some family pictures on Instagram.

AceShowbiz -G Herbo (Lil Herb) and Taina Williams have welcomed a new addition to their little family. When announcing their second child’s arrival to the world, the “Locked In” rapper and his fiancee also revealed the baby girl’s name.

On Thursday, May 19, the couple made use of Instagram to unleash some family pictures. In the snaps, the emcee was seen cradling their son Essex William Wright while sitting on the stairs. The model, on the other hand, was holding their newborn.

A number of celebrities have since rushed to the comment section to congratulate Herbo and Williams. One in particular was Kim Zolciak-Biermann, who gushed, “Congrats babe!! Tauruses are the best.” Yung Miami added, “Congrats [several heart-eyed emojis].” Queen Naija, meanwhile, raved, “I love it.”

Williams confirmed her pregnancy in December 2021 by sharing a video on Instagram. “I’m feelin’ like a should vlog this because I think this may be a thing,” she said at that time, while holding a pregnancy test box.

Williams later FaceTimed Herbo as she showed the pregnancy test result. “I have something to show you,” she told the Chicago rapper, who couldn’t hide his smile upon hearing the great news.

While the baby girl is Williams’ second child, she’s Herbo’s third. He is also a father to 3-year-old son Yosohn Santana, whom he shares with Ari Fletcher. Fletcher herself is currently dating rapper MoneyBagg Yo.

Back in April 2021, Herbo explained how he knew Williams was the one. “I ain’t go lie, to be honest, I feel like, I really feel like opposites attract in a way,” he told the “Million Dollaz Worth of Game” hosts. “… [Williams’] just pure, through and through. You know what I’m sayin’? She not afraid to like, express her feelings, tell me how she feel about stuff.”

“Even when it’s like, I don’t understand it all the time, she’ll tell me something where I feel like she kinda like, dissin’ me a little bit. But she really ain’t, she tellin’ me something that really build me. She really makes me feel like a man, like complete,” he added. “I’m at comfort when I’m at the crib. She take care of home. If I ain’t have no girl, bro, I’d be really livin’ like, crazy. I probably wouldn’t have no furniture at my crib.”