G-Eazy took to Instagram to wish his girlfriend Ashley Benson a ‘happy birthday’ in a loving post with PDA-filled pics.

G-Eazy, 31, celebrated his girlfriend Ashley Benson‘s 31st birthday on Dec. 19 with a sweet post that showed off some of their most memorable moments! The rapper also gushed over his lady love in the caption. “Happy birthday beautiful 🖤 @ashleybenson I love you to the moon & back,” it read.

The post starts off with a photo of Ashley, who previously dated Cara Delevingne, looking pretty while sitting and smiling while wearing a black top. It’s followed by several pics of the lovebirds having a great time together, including a couple in which G-Eazy is dressed up like the character Wayne from the movie Wayne’s World. There are also a few more of just the birthday girl, including one that shows her holding up a hot dog she appears to have just purchased.

Fans were quick to comment on the doting beau’s cute post with compliments about his gesture as well as well wishes for Ashley. “Aww,” one fan wrote while another revealed the sentimental post made them “cry.” A third wrote, “SOOO CUUTTEEEE” and a fourth pointed out that G-Eazy posted it “at midnight” so he could be the first to mention Ashley’s birthday. 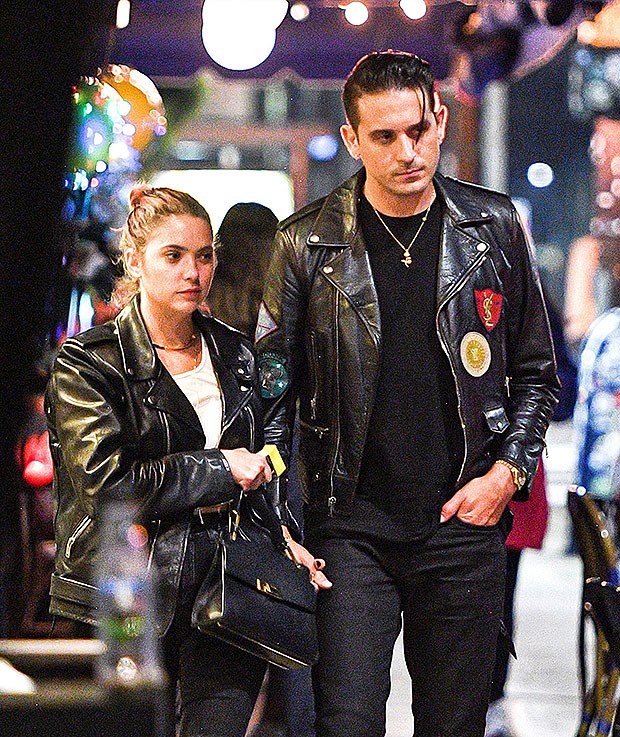 G-Eazy’s adorable post comes after they first confirmed their relationship in May. The couple was filmed locking lips in a car after a take-out food run in Los Angeles and it immediately got a lot of attention. The previous month, the duo also released a surprise collaboration of Radiohead‘s “Creep” and swept fans away with their impressive talent. The song was just one of many that G-Eazy has covered and shared since being in quarantine.

A previous source told us that G-Eazy and Ashley’s relationship “progressed so quickly” and they are now “a full-on couple” that enjoys each other’s company. “It just sort of happened because they like being together so much,” the source EXCLUSIVELY shared with HollywoodLife in July. “They’ve barely gone a day without seeing each other in the past month.”

We look forward to seeing more inspiring moments between G-Eazy and Ashley soon!