Former Parler CEO John Matze argues the decision to ban the social media platform made by Big Tech giants such as Amazon shouldn’t be blamed on the founder.

Parler’s former CEO John Matze said Friday he’s “not exactly sure why” he was terminated from the company that he built from the ground up, but feels his plan to make the social media platform “a little bit more pragmatic while still respecting free speech” wasn’t embraced by the board.

“Jared, the other co-founder and I, we designed and architected the original software. I had made most of the iPhone app myself, coded it myself for the first two and a half years, so given recent stress and everything going on, there had been some pushback, back and forth, but I don’t understand, still to this day, why I have been terminated,” Matze told  "Mornings with Maria" host Maria Bartiromo adding that “I just don’t think they know what’s going on.”

PARLER CEO JOHN MATZE SAYS HE’S BEEN TERMINATED BY BOARD: ‘I DID NOT PARTICIPATE IN THIS DECISION’

In a memo to staffers first obtained by FOX Business on Wednesday, Matze noted that "the Parler board controlled by Rebekah Mercer decided to immediately terminate my position as CEO," and that he "did not participate in this decision."

Matze added that he has been recently met with "constant resistance" to his original vision for the social media platform following Amazon Web Services' decision to shut Parler down for failure to moderate "egregious content" related to the Jan. 6 Capitol riot.

"Over the past few months, I’ve met constant resistance to my product vision, my strong belief in free speech and my view of how the Parler site should be managed. For example, I advocated for more product stability and what I believe is a more effective approach to content moderation," Matze wrote.

Bartiromo asked Matze what the board was resisting, noting that he had a vision for a “free speech opportunity in a world where we’re seeing censorship on so many platforms” across social media.

“As of recent, having been taken off the Apple stores and taken off Google Play and Amazon dropping us, I thought it was probably a good time to start looking at being a little bit more pragmatic while still respecting free speech. And so my concept was the idea of adding AI and other technologies to the platform to be more proactive, especially in times of scaling, but then to have a system in place so that every decision that was made by these authoritative-style devices like AIs and other people, so that you could have a third party come in and say, ‘Hey, I don’t agree with the decision that these guys made,’” Matze explained on Friday.

“You can then go ahead and contest it and it would get sent to a jury of your peers,” he added. “That was my idea and my concept… That was my vision forward for the moderation front, but I don’t know really what the biggest disconnect was. This was not explained to me.” 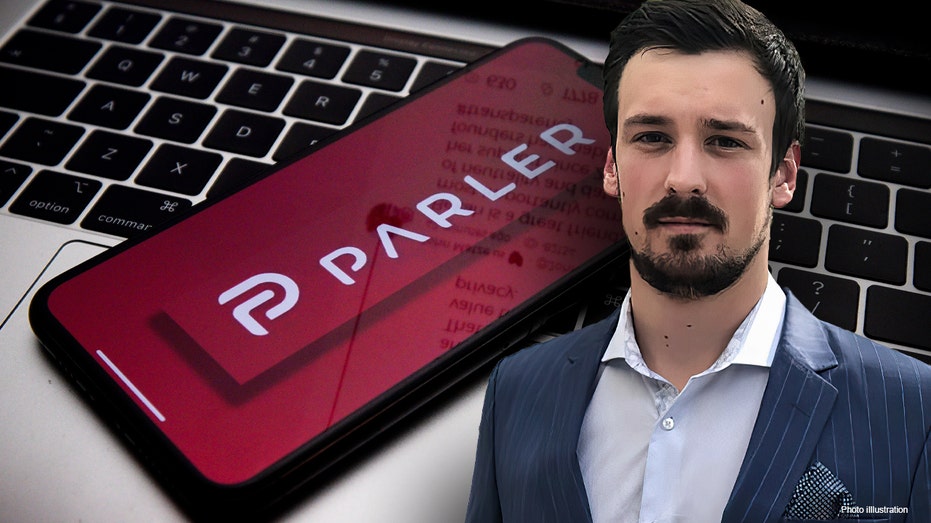 Matze then said that messaging app Telegram has seen an uptick in popularity since Parler was taken offline. However, efforts are being made by Big Tech to deplatform that too.

“It’s really interesting seeing how people have shifted since Parler has been offline because that was the go-to place,” he said. “We’ll see what happens.”

Parler Chief Policy Officer Amy Peikoff fired back at Matze’s memo Thursday with a scathing statement provided to Fox News that called his version of events “inaccurate and misleading.” Peikoff echoed Fox News contributor and Parler investor Dan Bongino, who had an issue with Matze’s claims that he was the person fighting for free speech on the platform and took to Facebook with his thoughts. Bartiromo played a portion of Bongino’s video in which he said Matze and the company did not share the same vision. Bartiromo asked Matze for his reaction to the video.

“Dan’s explanation was the first one I had heard from the company… Dan’s not a manager, he’s never been to the company office and he’s spoken to maybe two employees total and he’s pretty new into the company. I mean, I was there for two and a half years before he joined so I don’t know if that explanation is accurate. I think my vision is pretty aligned with what they are saying,” Matze said adding that “I don’t think anything I said earlier was too disaligned.”

Matze said it’s time to be pragmatic and feels it’s not fair to blame him for Amazon’s “unprecedented” decision to ban Parler.

“Especially given that we have numerous backups that all dropped us as well, so I don’t think they know what they’re talking about and I think they’re winging this. I think there is something else at play and I’m not sure what it is and it doesn’t make sense why you’d wait five days to tell the employees,” Matze said.

Matze said he urged Parler management to issue a joint statement about his exit but they resisted. After five days of silence, he penned the memo to staffers.

Matze told Bartiromo that Parler will ultimately have to adopt a lot of the policies and moderations procedures he proposed despite his termination if the platform is going to return.

“The one thing that worries me is they won’t have, kind of, me making sure and testing and working with the engineers to make sure the new terms of service enforcement stuff, they won’t have me there to make sure it’s coming out perfect,” he said. “It might end up being over-aggressive or not aggressive enough… They have to get online as soon as possible because every day they’re not online, they’re losing more and more market share.”

Matze told Parler staff he will take a few weeks off before searching for a new venture.