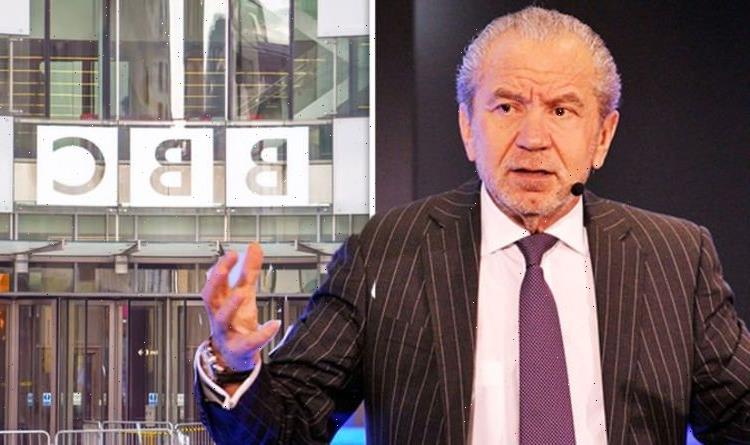 Lord Alan Sugar, 74, took to Twitter and hit out at the BBC as he urged them to “fix it”. The small-screen star sparked a huge divide among fans following his comments.

The entrepreneur, who also fronts his own BBC show The Apprentice, shared his thoughts online.

The media personality claimed that the programme appeared to be focused on the more emotional element of people’s stories.

In view of his 6.2 million followers, Lord Sugar penned: “People really like the show The Repair Shop, lately, it seems to focus more on sad stories of the owners rather than showing the repair of the object.

“This distracts from the original concept of seeing the repair executed. Please fix it @BBCOne you are ruining a great programme.”

In an earlier tweet, the Apprentice star admitted he was also a fan of The Repair Shop.

He penned: “I really like the TV show The Repair Shop but lately it seems to focus more on sad stories of the owners rather than showing the repair of the object.

“This distracts from the original concept of seeing how the repair is done.”

Viewers of the popular show reacted to Lord Sugar’s remarks which sparked a divide.

Bill Scott fumed: “If you don’t like it switch it off or over!”

Carl James said: “It’s trying to emphasise the importance of some of these items, not great in value but of significant sentimental value to the owner. If you just want to learn how to repair something, there’s plenty of videos on YouTube for that. Still my favourite program on TV.”

“The Apprentice seems to focus on the ‘personality’ more than the business now too and I’ve noticed dragons den increasingly goes into someone’s backstory, which seems to matter more than what’s in front of them. It’s probably all in the edit, but still…,” (sic) Alex Howat added.

However, others agreed with Lord Sugar’s viewpoint over the use of emotional backstories.

Jon commented: “Yes agree. I love watching the repairs a lot. I think they ought to get less reactive people on there and more repairs. Maybe it’s a bit woke. Lol.”

“Seems they have deviated slightly from the original concept,” Terry remarked.

Joanne added: “Agree – the early shows were more genuine because it was new – now people know what’s expected and they just wait for the tears – but same could be said of most tv these days I guess.”

The Repair Shop sees a team of Britain’s most skilled craftspeople rescue and resurrect items that their owners thought were beyond saving.

The programme is filmed at The Weald and Downland Living Museum, just outside Chichester, in the beautiful countryside of the South Downs National Park.

Since the series began, the Repair Shop has restored over 430 loved but broken treasures.

The Repair Shop is available to stream on BBC iPlayer.