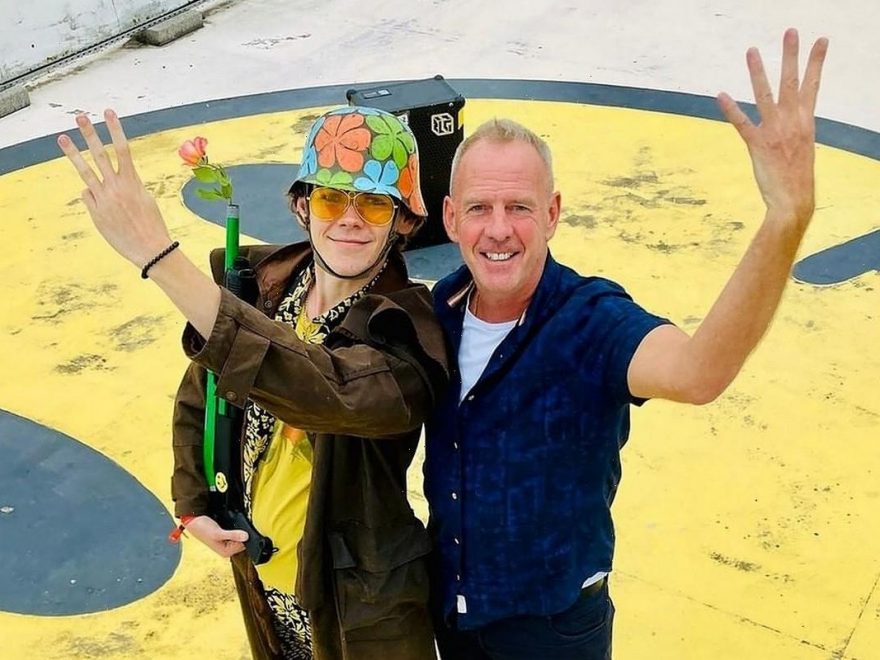 The ‘Caravan of Love’ hitmaker and former wife Zoe Ball teach their 20-year-old son Woody become ‘self-sufficient’ as they decide to cut him off financially.

AceShowbiz -British hitmaker Fatboy Slim and his former wife Zoe Ball have left their son Woody Cook to fend for himself at university.

The DJ and producer, real name Norman Cook, and his TV presenter ex have decided the 20 year old should be “self-sufficient,” and the Bristol University student is happy to make his own money, even though he has been struggling to buy essentials.

“My parents make it clear that I was born into a privilege they have had to work their a** off to get,” Woody, who appeared on the Channel 4 show “The Circle” in 2019, tells the Sunday Mirror newspaper.

And he reveals his parents, who are worth a combined total of £48 million (£35 million), have “cut me off completely.”

“I am doing it all by myself. The other day I couldn’t afford bread, but I’m working through it.”

The “Celebrity Gogglebox” star admits people have preconceptions about him because of his parents’ fame, but he’s happy to prove them wrong.

“A bouncer said to me, ‘I knew you were coming and I didn’t want to like you. I’ve seen the Brooklyn Beckhams, I’ve seen the s**t, but I met you and you buck the trend,’ ” the student reveals.

“My parents taught me to be myself and not rely on someone else.”

And while he may not have enough money to buy bread, Woody is still able to find the resources to have fun.

“I can be a right creature. My poor mum is the one who gets up at half four every morning to go to work on the radio and I’ll be off my nut. Me and my mates will be stumbling around the house still up and mum is like, ‘Hi, I’m off to work,’ ” he joked.

Zoe and Norman are also parents to 11-year-old daughter Nelly. They divorced in 2006 after 18 years together.