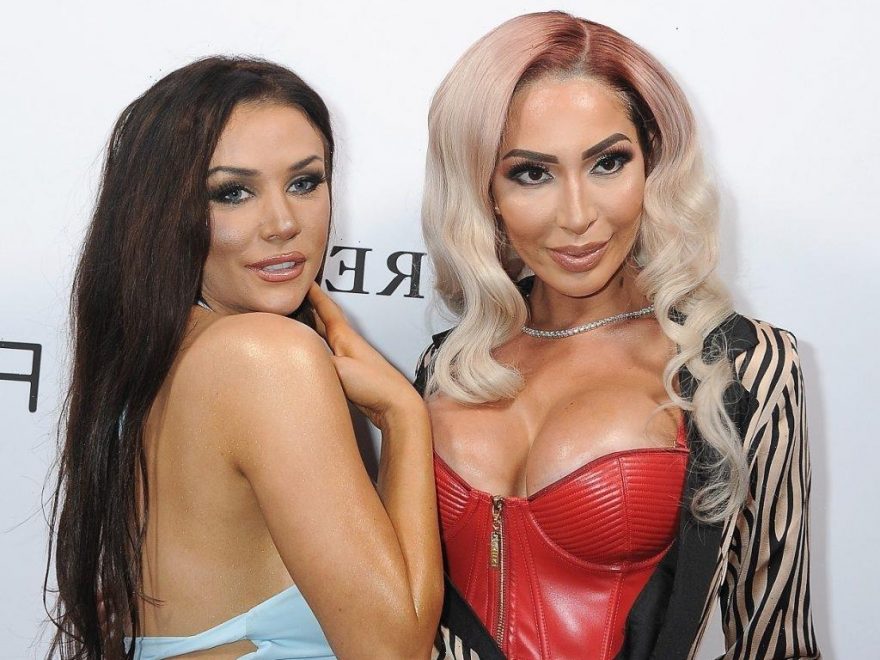 It’s not unusual for Farrah Abraham to be in the headlines for being the subject of vitriol. The 29-year-old has often been the subject of negativity thanks to her behavior on the MTV reality TV show, Teen Mom. Even after Abraham was fired from the show, her polarizing social media posts have kept her in the news. However, this time the young mom has found herself in headlines thanks to a negative tweet written by Chrissy Teigen.

Teigen herself has been trending for the last week thanks to some tweets she wrote about Courtney Stodden between 2011-2012. One tweet encouraged Stodden to take a “dirt nap” and apparently, that was only the tip of the iceberg. In a recent interview with The Daily Beast, Stodden revealed that the cookbook writer also privately messaged them, encouraging them to kill themself. But Stodden certainly wasn’t the only victim of Teigen on Twitter. Abraham was also the subject of one of Teigen’s nastier tweets.

“Farrah Abraham now thinks she is pregnant from her sex tape,” Teigen tweeted back in 2013. “In other news, you’re a who*e and everyone hates you whoops not other news sorry,” the former model wrote about the 16 and Pregnant alum. Though Abraham didn’t respond publicly to the tweet at the time, she recently gave an interview with Fox News and reacted to the tweet.

“Right now, she’s just highly disturbing to me,” Abraham shared about Teigen. “When I initially saw Chrissy Teigen make these comments I could tell she was a desperate music video groupie and model. [At the time] I just thought it was only with me and I ignored her because I don’t behave like that. Now I see it’s tons and tons of people. It really bothers me right now.”

Continuing on, Abraham gave Teigen some life advice and urged her to stay away from substances. “She does not need to target young women or other people,” the former reality TV star declared. “I hope she gets mental help and therapy. I would definitely take out the alcohol. No woman should be treating other women like that.”

Will the cookbook writer lose her partnerships as a result of her tweets?

Teigen has since apologized to Stodden publicly for her old comments, but thus fans she hasn’t publicly apologized to Abraham on anyone else who has been the target of some of her nastier tweets. However, it seems that Teigen’s old tweets could negatively impact her career. Macy’s, for example, has pulled Teigen’s cookware products from their site. It is not known if this is a temporary response. Only time if Teigen will lose her partnerships as a result of her old tweets.