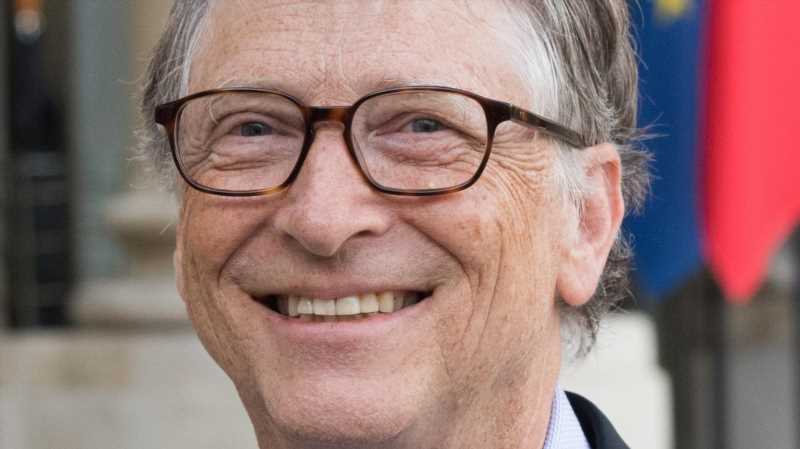 Divorces among the rich and famous are now as commonplace as signing the check for a restaurant bill, but when it came to Bill and Melinda Gates’ announcement, the world was visibly shocked. On the surface, the billionaire tech couple really had it all — brains, money, kids, and that iconic Gates give-back humility.

Despite amassing a $130 billion fortune (per Time), the ex-couple wasn’t flashy nor did they spoil their children. Bill previously said they decided to give them just $10 million each as “leaving kids massive amounts of money is not a favor to them,” per Business Insider Australia. Instead, the pair donated huge chunks of their wealth — and time — to fighting climate change, poverty, health, and gender equality at their renowned charity, the Bill & Melinda Gates Foundation.

But perhaps with all their good intentions, addressing each world problem may have seen their own personal ones pushed to the back-burner. The COVID lockdown could have also highlighted any pre-existing issues, with the pandemic not only seeing a rise in divorces, but more women initiating them. Court documents revealed Melinda filed for divorce. On top of this, with the pair well into their mid-life (Bill, 65, and Melinda, 57), it’s really now-or-never if they want to turn a new leaf. According to Pew Research, divorce rates for those over 50 have even doubled in the past 25 years.

Nicki Swift got insight from Paige Michelle, an expert on human design, who explained the pair may have been doomed from the beginning.

Bill Gates' upbringing could be a reason behind his relationship struggles

It was just only in January 2020 that Melinda Gates shared a loving Instagram for her 26th anniversary to Bill — a picture dancing together. The post certainly showed no signs of a marriage on the rocks, however, human design expert Paige Michelle suggested the two may have always been incompatible due to conflicting personalities and upbringings. She called Bill “emotionally awkward,” compared to Melinda who is “innate[ly] emotional.” Michelle said, “The cornerstone of this divorce and many things in Bill’s life is this — his nervous system is especially vulnerable to his environment and the emotions of others.”

Bill had a fairly unconventional childhood in which his parents, Mary and William Gates Sr., often would leave him alone with significant amounts of freedom. At age 13, they let him visit the University of Washington to use their computers at night and even pushed him to continue with extra-curricular activities he wasn’t so good at, per Business Insider.

“With his almost completely open root it is safe to assume that as a young child Bill was on edge and deeply affected by the stress in his home,” Michelle said. She explained this “hyper independence” and “asocial behavior” may have seen Bill thrust himself into his work and struggle with developing relationships, particularly among women. “He is not naturally emotional, but becomes overwhelmingly so when he is around someone who is,” she said. And according to Michelle, his now ex-wife Melinda is “on the complete opposite end of the spectrum.”

Melinda Gates opened up about her relationship with Bill during Netflix’s 2019 documentary “Inside Bill’s Brain.” In the three-part series she explained Bill was initially so unsure about marriage, he made a pros and cons list on a whiteboard, per CNBC. “Bill wanted to be married, but he didn’t know whether he could actually commit to it and have Microsoft,” she said. Human design expert Paige Michelle told Nicki Swift that “emotionally open” men like Bill often can’t convey their feelings, which can lead to being “emotionally awkward/stunted.”

During a 2019 Business Insider interview, Melinda explained she and Bill managed to achieve “total equality” — even with household chores — but it took a heated argument for the conversation to arise. She said, “Sometimes in the moment my frustration or anger just comes out. So one night we stood up after dinner and people in the family started to melt away, like, off they go upstairs. So hand on my hips, I’m, like, ‘Nobody leaves the kitchen until I leave the kitchen!'”

Michelle believes Melinda’s intense outbursts and emotions could be “extremely overwhelming for Bill.” She explained, “Someone designed like Bill will often experience a chemical imbalance that often leads to high levels of noradrenaline and adrenaline causing anger but also pushing him past his threshold into survival mechanisms like avoidance. Paired with taking in Melinda’s emotional energy, it can create extreme pressure on the brain to think/overanalyze and [affects] the quality/purity of the thoughts as well.”

This expert believes Melinda will flourish following her divorce

Back in 2019, Melinda Gates explained to The Sunday Times how difficult it had been for her and Bill to strike the right balance between work and family life: “And, believe me, I can remember some days that were so incredibly hard in our marriage where you thought, ‘Can I do this?'” Now, human design expert Paige Michelle claims Melinda is “simply done” with Bill’s “emotional unavailability” and “stress management” — and instead has more opportunities to chase. “Astrology-wise, there are things that are important to ‘why now.’ I believe Melinda has a strong conviction about the allocation of their resources (money and energy) and she is most likely seeing the correct places for it to go.”

Despite working together at the Bill & Melinda Gates Foundation, the pair focuses on different interests, with Bill largely concentrating on climate change and health, while Melinda has been proactive with issues affecting women and girls, per Time. She also has her own philanthropic foundation, Pivotal Ventures, which backs social enterprises.

Those in the charity sector even suggest Melinda could be a “major force in philanthropy for decades to come” and a “much more progressive giver on her own.” Michelle believes Melinda may also have been “distancing herself from a Marketing/PR perspective” for some time from Bill and his endeavors. “After 27 years and massive amounts of work together, I am excited to see where Melinda chooses to go from here. My sense is it’s a very different direction than Bill,” Michelle said.