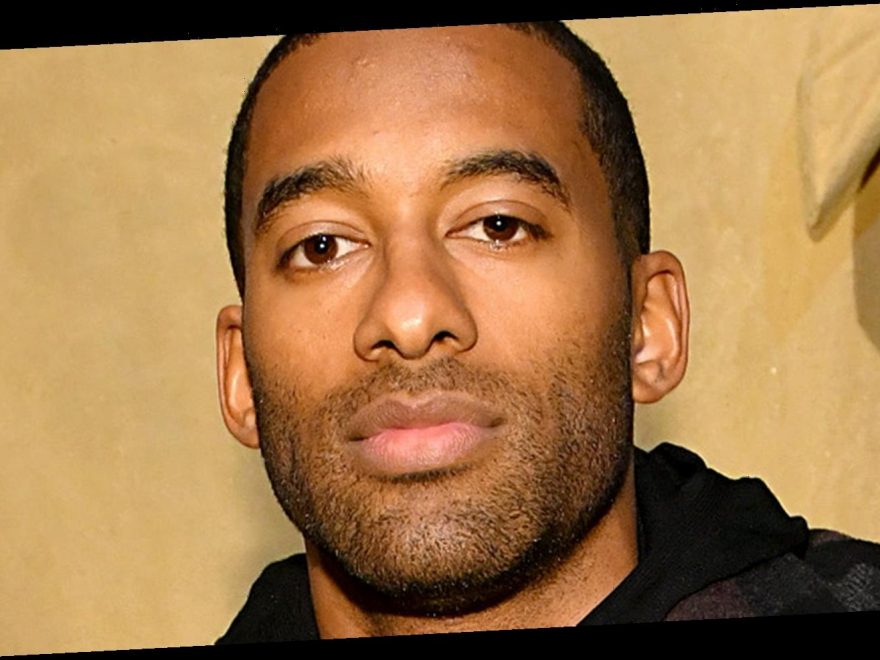 What did we learn from Bachelor Matt James’ After The Final Rose special? It’s safe to say that Matt’s season of The Bachelor has come with its fair share of drama. But unlike other seasons, Matt’s season has sparked a reckoning within The Bachelor franchise. Not only was Matt the first Black bachelor in history, but remarks made about his season, the past actions of his final rose recipient, and comments from host Chris Harrison made his season incredibly explosive.

Matt’s season concluded on March 15, and the drama was endless. But following the season finale was After The Final Rose, and it gave some insight into Matt’s process — and gave viewers, finally, the chance to hear from Rachael Kirkconnell. Rachael, of course, came under intense fire when past racist behavior and photos emerged. A snowball effect followed, with Chris defending Rachael and her actions. Things escalated, it got messy, and Chris ultimately left the show.

To be honest, it didn’t come as a huge shock when Matt James gave his final rose to Rachael Kirkconnell — the two had great chemistry, and Matt revealed early in the season that he was starting to have feelings for her. But when it came down to the coveted proposal, Matt was not ready to take the plunge. “I want to be everything to you, I want to be everything for you that my dad wasn’t to my mom,” he said during the two-hour season finale. “I’ve seen what rushing into a proposal, a marriage can do in my family and it’s ugly and it’s not something I want for you or for us. And that’s why I can’t propose to you today.”

The choice was a bit shocking, but it wasn’t jolting enough for Rachael to walk away from Matt. She accepted his final rose, and the two of them concluded the season with the understanding that they’d leave as boyfriend/girlfriend. But of course, as you may have suspected, things took a turn for the worse.

Before we dive into what happened between Matt James and Rachael Kirkconnell during After The Final Rose, we have to talk about how blindsided Michelle Young was at Matt’s decision to send her home during his season’s finale. First, Michelle gifted Matt a basketball jersey with “Mr. James” written on it and had one made for herself that read “Mrs. James.” It was so cute, but things went downhill from there.

Matt divulged to Michelle that he simply wasn’t there with her, and that the best thing to do would be for her to leave. “I’m just like, having doubts,” Matt confessed. “And I shouldn’t be having any doubts about that. We’re like, a day or two away.” Michelle responded by saying that that’s not what she wanted to hear, then confessing that Matt’s rejection of her felt like a “flip of a switch.”

But ultimately, Michelle went home, and Matt immediately questioned his decision. “It’s been a long time since I’ve cried … I feel like everything I thought that I was working towards is starting to crumble,” Matt ultimately told Chris Harrison.

After The Final Rose always reveals some juicy details and salacious gossip, and it’s always sort of fun to watch exes battle it out on camera, but this exchange was just downright disappointing. Michelle Young came in second on Matt James’ season of The Bachelor, but after he sent her home, Michelle asked if she could have two minutes with Matt to find some closure before leaving the mansion — and he said no. “It was not a conversation where I was trying to change your trajectory or trying to change your mind or fight for you,” Michelle told Matt face-to-face during After The Final Rose. “It was a conversation so that I could have my inner peace when I left Pennsylvania, and you said no.”

Matt responded to Michelle’s admission by telling her that there was “no justification” he could give her as to why he didn’t allow such a conversation to take place, and apologized. “If I would have known that this is how you were feeling in that moment, then I would have fought to have that conversation,” he explained. But still … ouch.

Matt James’ season of The Bachelor was groundbreaking; he was the first Black bachelor, the women vying for his heart were some of the most racially diverse in the show’s history. However, those things didn’t assuage Matt’s concerns about leading the franchise in a new direction.

During After The Final Rose, Emmanuel Acho asked Matt how much pressure he faced being the first Black bachelor — and Matt did not hold back. He shared with Emmanuel that he was acutely aware of the fact that he could be the first Black man to enter peoples’ homes (via television) on a regular basis. He also shared that he felt that his actions on the show could be seen as a reflection of Black men, resulting in even more pressure given the fact that the United States was (and is) facing a national reckoning surrounding race.

When face-to-face with Rachael Kirkconnell later in the After The Final Rose finale, the distress that Matt felt because of her past actions and the pain was clearly visible. “I didn’t sign up to have this conversation,” he said.

While Matt James’ season of The Bachelor was airing, rumors started swirling about frontrunner Rachael Kirkconnell and past racist behavior. Specifically, a photo of Rachael attending an “Old South” party during college made the rounds on social media, and it wasn’t a good look. Rachael largely stayed silent throughout the season, but ended up making two apology statements — one a written statement, one a video statement — on her Instagram. She was finally confronted about her past, as well as what she’s doing to amend her behavior, by Emmanuel Acho during After The Final Rose.

Acho showed Rachael one of the racist photos in question as a way to spark conversation — bluntly, he asked her what she saw. “I see someone who was living in this ignorance without even thinking about who it would be hurting. I never once asked myself at any point, like, ‘What’s the tradition behind this? What does this represent? Why do we wear those dresses?'” she confessed. “I’m not gonna sit here and say I didn’t know any better, because I could have easily asked myself those questions.”

The Bachelor franchise is known for its scandal and drama, because after all, a lot of Bachelor couples break up. Just think about it: Sean Lowe is the only Bachelor who married the person he proposed to during his season finale. Bachelors, like Ari Luyendyk, have broken off their engagements and gone after their runner-up. Some couples break up after weeks of dating, some after years of marriage, but Bachelor Nation has never seen a breakup so controversial.

While sitting down with Emmanuel Acho during After The Final Rose, Matt James revealed that he and Rachael Kirkconnell broke up due to her past racist behavior, telling Acho that she has “a lot of work to do.” “There’s a lot of work that needs to be done. I have to take a step back and allow her to put in the work,” Matt explained. “We are not [together]. It was as tough as you can imagine. It’s heartbreaking. If you don’t understand that something like that was problematic in 2018, there’s a lot of me that you won’t understand.”

When Matt James and Rachael Kirkconnell faced each other during After The Final Rose, there was a lot of emotion. Rachael started their conversation by apologizing to Matt, but things escalated. “The most disappointing thing for me was having to explain to you why what I saw was problematic and why I was so upset,” Matt revealed. “And that’s why it was problematic.”

Matt went on to share that he questioned his relationship with Rachael because it was clear that she didn’t take into consideration his experience in America as a Black man, and that impacted his decision making process. During their conversation, Rachael was very visibly upset, but Matt made it clear that the two would not be reconnecting any time soon. “The feelings that I have for you don’t go away overnight,” Matt said. “[But] the work and the reconciliation that needs to be done is work that I can’t do for you.” Things ended between them when Rachael thanked Matt for affording her life-long lessons. “I thank God for ever putting you in my life to begin with,” she said.

When Matt James’ season of The Bachelor started to air, the rumors about Rachael Kirkconnell’s past racist behavior began to spread. At first, they were snippets spreading TikTok, but as the proof became more prevalent, things got really bad for Matt James. “You hear things that are heartbreaking … and you just pray they’re not true,” Matt said during After The Final Rose.

But despite things beginning to crumble, Rachael revealed during After The Final Rose that she was still “blindsided” by Matt’s decision to end their relationship. “I thought about how strong I thought our relationship was, so for him to end things, he must have been very, very hurt by everything,” she confessed. “It was hard because I lost the love of my life … I hurt him.”

While Rachael said that she still loves Matt, Matt didn’t seem so sure. When asked by Emmanuel Acho if he feels like he should forgive Rachael for behavior that happened “a long time ago,” Matt was clear with his sentiment. “You know what was a long time ago?” he posed. “Plantations.”

Matt James’ season finale and After The Final Rose were both very drama filled, and really served as a reckoning for the franchise. It was the first time that Chris Harrison wasn’t on stage with the finalist, it was the first time that a Black bachelor reflected on his journey, and the after-show served as an opportunity for difficult conversations about race to reach huge audiences.

After the show concluded, Rachael Kirkconnell took to Instagram to share her thoughts about the season, Matt James, and the lessons that she learned from her past behavior coming to light. “I knew from the first night I met Matt that he was something special,” she wrote. “While I never expected this outcome, I respect his decision completely.”

Reflecting on the difficult conversations about race and her part in perpetuating racist behavior and imagery, Rachel wrote that she hoped her reckoning could push people to educate themselves. “I hope it opens your mind to unlearning bias, to educating yourself, and gives you the push to initiate change,” she said.

One of the few bright spots of After The Final Rose was the announcement that there won’t be just one, but two seasons of The Bachelorette this year. Emmanuel Acho revealed that Katie Thurston and Michelle Young would be the Bachelorettes for 2021, and that their seasons would be back-to-back. “I was a little nervous, but once I found out that it was two different seasons, I was here for it,” Michelle shared during After The Final Rose. “I’m excited that I get to have somebody to bond over with this and share notes as we go.”

Of course, Katie was known in the house for calling out toxic behavior when she saw it, and Michelle just won us over because duh. Here’s to two (hopefully) very good seasons of The Bachelorette.