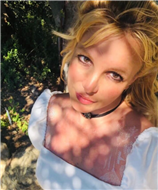 Britney Spears had a lot to say during her moving conservatorship testimony late last month.

Much of what she has described about her conservatorship has been confirmed by outside sources.

Britney also expressed a desire to sue her family, for some parties to go to jail, and most of all, for her conservatorship to end.

Even faceless corporate entities are listening to Britney’s wishes more than her own father.

Britney Spears did not mince words when she discussed her feelings about her 13-year conservatorship.

Her father, Jamie Spears, signs off — or doesn’t — on everything.

Britney is 39 years old. She cannot have a new child, she cannot travel without permission.

At times, she is told what to do and forbidden from doing other things by people hired with her fortune.

They’re supposed to work for her. Instead, the conservatorship is working against her wishes.

The world is taking note of Britney’s unthinkable situation.

Bessemer Trust manages more than $100 billion in assets per year.

This mean that a reputable company would share power over Britney’s finances with her father, Jamie Spears.

Now, Bessemer Trust has asked the court to remove it from its role as Britney’s estate’s co-sonservator.

The wealth management group cited that this reuqest is “due to changed circumstances.”

That change was, of course, because of Britney’s courageous testimony at her conservatorship hearing.

Bessemer Trust expressed that they had been led to believe that her conservatorship was voluntary.

The group shared that they had believed that Britney wanted them in that role.

Obviously, since Britney wants the conservatorship to end — immediately — and called it “abusive,” they now know better.

“As a result of the conservatee’s testimony at the June 23 hearing,” the filing reads.

“Petitioner has become aware that the Conservatee objects to the continuance of her Conservatorship,” the documents say.

“And,” the filing continues, “desires to terminate the conservatorship.”

Bessemer Trust affirms: “Petitioner has heard the Conservatee and respects her wishes.”

The group stated that they have “made this decision to resign only after thoughtful deliberation.”

Bessemer Trust emphasized that they are “keeping the Conservatee’s expressed wishes in mind.”

Additionally, Bessemer Trust informed the court that in their short time in the role, the company “has taken no actions as Conservator.”

They have not made any decisions about Britney’s money just yet.

Additionally, they have not received any of Britney’s assets and have not collected any fees from her fortune.

Unless (or until) Britney says otherwise, she would like to keep it that way.

Unfortunately, this temporarily leaves Jamie as Britney’s sole conservator of estate … at least, for now.

Reading between the lines, the meaning of this filing is clear.

Bessemer Trust just learned that a woman’s money was essentially stolen from her and handed to them.

No reputable company wishes to be linked to the story of the ongoing imprisonment of Britney Spears.