Emmerdale actress Katherine Dow Blyton, 55, discussed her current storyline as vicar Harriet Finch with Lorraine Kelly, 60, on her ITV show today, where the latter also asked her about the picture in question. The discussion developed after the presenter gushed over the actress’ beloved dog Dexter, who she regularly shares pictures of on social media.

It would be more than a miracle to be honest.

The presenter then queried a fan’s comment, who suggested Katherine could be expecting a baby with her boyfriend, who she keeps out of the public eye.

Lorraine said: “Social media is nuts because there was a picture of you and you looked absolutely fine, but somebody put on the thing that you were pregnant.”

Laughing, Katherine replied: “It would be more than a miracle to be honest.

“I think it’s this immediate thing people have with Twitter, let’s just share it with the world, I’m going through the menopause and weight gain and you kind of think, well please don’t think I’m pregnant, I’m 55 and HRT’d to the max. 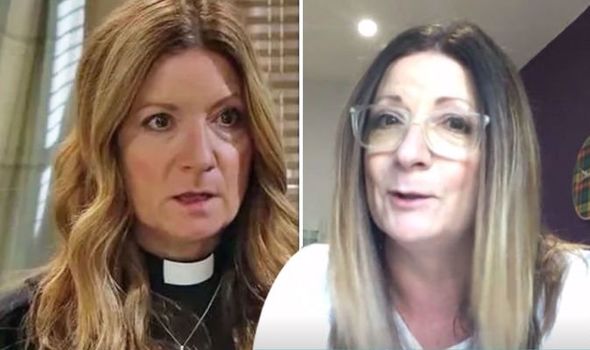 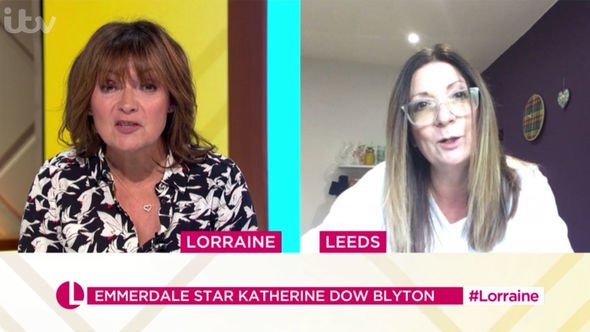 “That’s just weight and there’s nothing I can do about that.”

“We’ve all got covid pounds,” Lorraine replied. “There’s nothing wrong with it.”

The actress tends to keep her personal life away from the limelight and only tends to share on-set pictures and snaps of her dog online.

Earlier this year, she shared a picture of her pet dog having his paws washed by her partner, whose face couldn’t be seen. 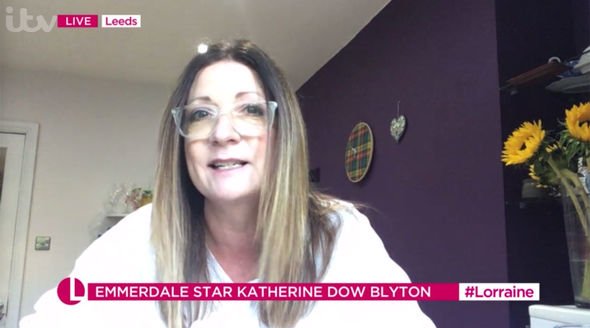 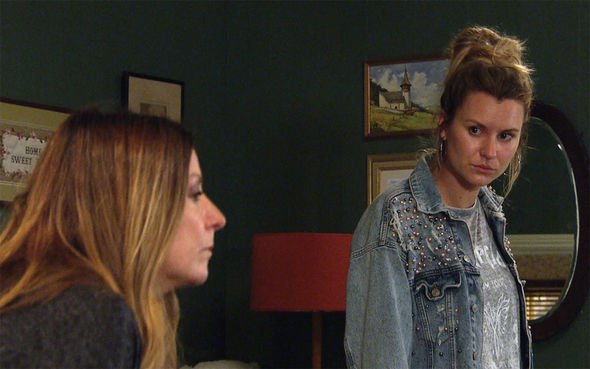 She tweeted: “Even Dexter, with a little help, is following the guidelines #washyourpaws … or get your dad to do it x.”

On screen, Katherine’s character has been finding herself at the centre of some surprising antics.

The actress admitted filming the gruesome scenes at a two-metre distance was a “bit of a worry” amongst the cast.

Social distancing rules were put in place, in line with the Government’s advice amid the coronavirus pandemic.

She admitted: “It was a bit of a worry because I couldn’t see how it was gonna work, but Duncan Foster directed it, and obviously all the camera guys and the crew and everything had worked it out brilliantly.

Addressing her character’s antics, she went on to say: “She’s not the world’s best vicar.

“She makes mistakes, she’s human, but this is the worst thing she could have done.”

Addressing her steamy kissing scenes with co-star Jeff Hordley, who plays Cain Dingle, she joked: “She’s great, she’s got to snog Cain Dingle, now who’s not going to enjoy that?

“She’s good fun – although this is not so much fun, it’s not gonna win her any prizes.

“She is a vicar and she is flawed.”