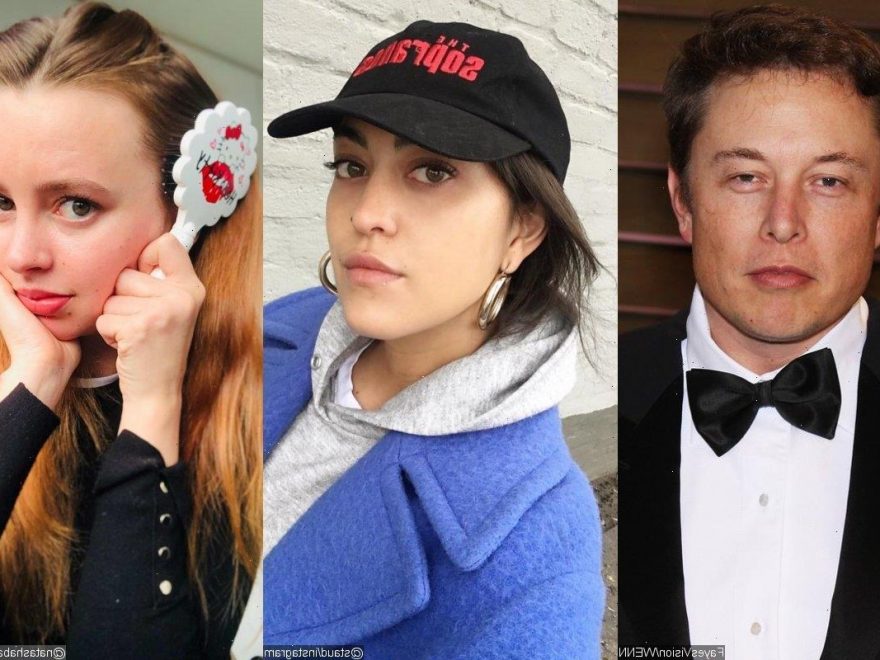 The 51-year-old billionaire businessman looks carefree during a vacation in Mykonos, Greece after revealing that he has fathered 10 children with three different women.

AceShowbiz -Elon Musk is enjoying his single life. The CEO of Tesla and SpaceX was spotted looking carefree during a boat day with bikini-clad pal Sarah Staudinger after he broke up with Natasha Bassett.

On Friday, July 15, the 51-year-old businessman was spotted hanging out with Sarah, who recently tied the knot with Endeavour CEO Ari Emanuel, in Mykonos, Greece. He was seen all smiles during the holiday.

Elon kept things casual in a plain gray T-shirt and black swim shorts, with a classic pair of aviators shielding his eyes. In the meantime, his pal Sarah looked stunning in a skimpy cross-over yellow bikini top which she paired with a matching slinky skirt. The fashion designer also flaunted her washboard abs in the colorful set and finished her look with a stylish beach bag and cat-eye shades.

The outing came less than a week after it was reported that Elon and Natasha called it quits. It’s reported that the Australian actress pulled the plug on their relationship after the billionaire confirmed that he secretly fathered twins with another woman.

A source spilled, “Natasha has learned so much from Elon and she is grateful for the time that they spent together, as it was very special and surreal.” Despite the split, Natasha allegedly “hopes that they can still be friends.”

The source additionally said that Natasha decided to focus more on her career. Her career has exploded following the release of Baz Luhrmann’s “Elvis” biopic, in which she starred as The King’s high school girlfriend, Dixie Locke.

Earlier this month, news broke that Elon welcomed two children with Shivon Zillis, an employee at his Neuralink firm. According to court documents obtained by Business Insider, Shivon gave birth to their children in November 2021 in Austin, Texas.

The pair filed the petition in April to ask the court to change their children’s names to “have their father’s last name and contain their mother’s last name as part of their middle name.” While their request was approved a month later, the twins’ names remain unknown.

Seemingly confirming the news, Elon tweeted, “Doing my best to help the underpopulation crisis.” He went on to add, “A collapsing birth rate is the biggest danger civilization faces by far. I hope you have big families and congrats to those who already do!”

Elon and Justine’s first child was born in 2002 and died of sudden infant death syndrome at the age of 10 weeks, prompting them to use in vitro fertilization. Then Justine gave birth to twins, Vivian and Griffin, in 2004, followed by triplets, Kai, Saxon and Damian, in 2006.