After three years as a couple, Elon Musk and Grimes have reportedly broken up.

Page Six shared a statement from Elon which explained the pair are “semi-separated” but will continue to co-parent their one-year-old son, X Æ A-Xii Musk, who was born in May 2020.

“We are semi-separated but still love each other, see each other frequently and are on great terms,” the SpaceX founder explained. “It’s mostly that my work at SpaceX and Tesla requires me to be primarily in Texas or traveling overseas and her work is primarily in LA. She’s staying with me now and Baby X is in the adjacent room.”

Grimes and Elon first went official with their relationship in May 2018 at the Met Gala, when they were photographed in matching monochrome outfits. 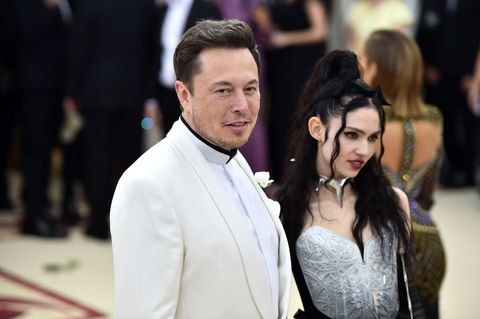 In a somewhat full-circle moment, they were last seen together at the Met Gala earlier this month, though Grimes, 33, walked the red carpet alone. 50-year-old Elon later joined her inside, before throwing an afterparty.

So far, Grimes hasn’t spoken about the split, but sounds like the pair are amicable about things.