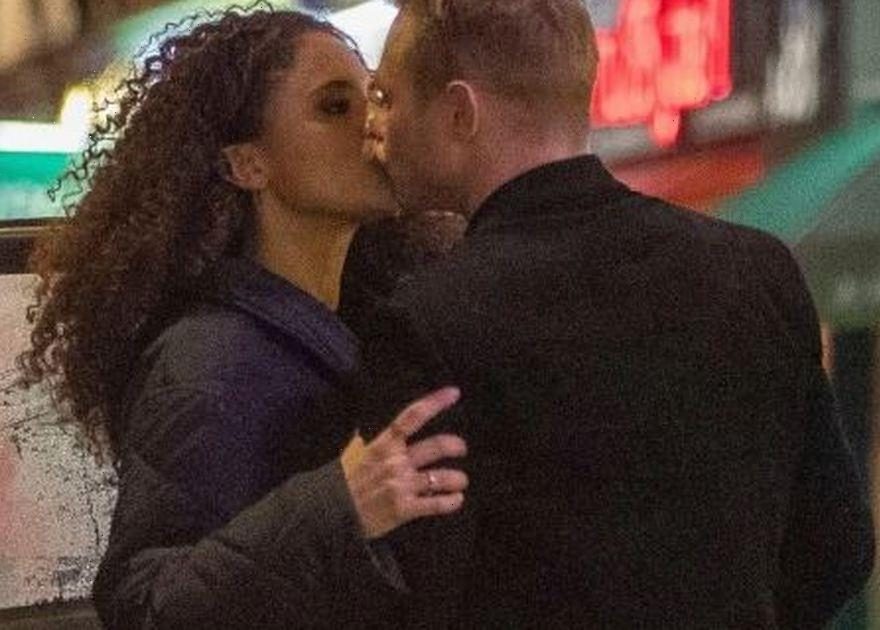 Jessica Plummer confirmed her romance with Ben Hardy as they were pictured kissing during a date night.

Rumours the pair were romantically involved first began earlier this year in August when it was reported that the former EastEnders co-stars had enjoyed an evening out together.

And it was evident that the genetically gifted duo – who now star together in the new BBC show, The Girl Before – are officially a couple as they embraced and kissed during a night out in Soho, London, last week.

The smitten soap stars were wrapped up warm to combat the December chill as they couldn't keep their hands off each other.

The pair were first reportedly spotted out on a date over the summer.

They met while filming for EastEnders, with Ben being one of the many actors to play Peter Beale and Jessica playing the temporary role of Chantelle Atkins, before she was killed by husband Gray.

At the time, The Sun said of their budding romance: "Their on-screen chemistry turned into them spending off-screen time together since June."

Ben and Jessica have also been liking each other's Instagram pictures for some time.

Meanwhile, the lovebirds will soon be seen together in the new BBC television show called The Girl Before.

The four-part psychological thriller is based upon a novel of the same name by J.P. Delaney, and has been filmed in Bristol.

Jessica has taken on the role of a lifetime as she stars as the so-called 'girl before', Emma, who was murdered in a mysterious, minimalistic house.

The stunning property has been designed by an enigmatic architect, played by renowned Selma actor, David Oyelowo, who makes sure the occupants abide by his strict list of rules.

The plot revolves around Jane, played by Loki and former Doctor Who star, Gugu Mbatha-Raw, who moves into the uninhabited property and feels the house affecting her in unexplained ways.

Jane unearths the shocking discovery that Emma died in the house, and she begins to notice similarities between herself and Jessica's character.

The synopsis for the new series reads: "Jane starts to feel the house changing her in unexpected ways, but when she makes the shocking discovery about her predecessor Emma, she's forced to confront unnerving similarities.

"As the two women's timelines interweave, Jane begins to question if her fate will be the same as the girl before."