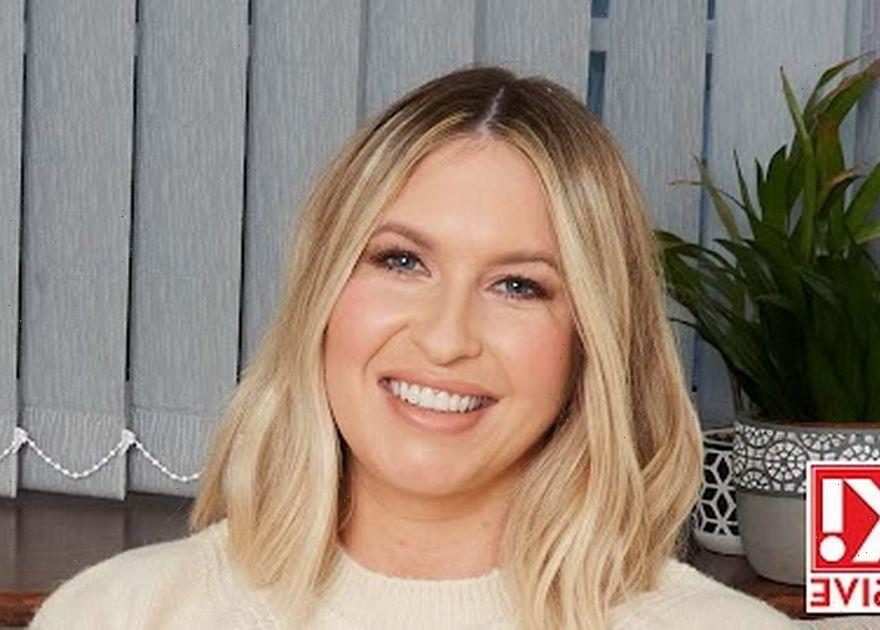 Brooke Kinsella is pregnant with her second child, OK! can exclusively reveal.

Announcing herself and her husband Simon Boardley’s special news, the former EastEnders star has shared an adorable snap of her daughter Elsie kissing her bare bump.

The 38 year old’s news comes just 18 months after she and Simon welcomed Elsie into the world and Brooke exclusively introduced her to OK!.

Brooke told us of baby number two being on the way: “It’s all kisses for now… Here we go again @Simonboardley”.

The black and white shot sees Brooke, who played Kelly Taylor on the BBC One soap for three years, lying on the sofa with her feet up as Elsie gently kisses and places her hand on her bump.

The star hinted that more kids were on the cards for herself and Simon when she exclusively introduced Elsie back in November 2020 after welcoming the tot two months prior.

She told us of expanding her family further: “Yeah, definitely. I come from a really big family and I’m so close to my siblings.

“Having someone to go through life with is really important and I’d love to give Elsie that. There’s plenty of room in our home for another little one.

“We’re not getting any younger, so obviously we need to think about these things, but I’m not in a rush.

“I want to enjoy Elsie as a first-time mum and give her all the love and support that she needs. We’ll leave it up to the universe and see what happens.”

The exclusive interview also saw the actress tell of her joy at becoming a mother, as well as share her sadness that her late brother, Ben Kinsella, wasn’t around to meet his niece.

Ben, who was best friends with Birds Of A Feather star Linda Robson’s son Louis, was tragically stabbed to death in an unprovoked attack back in 2008 in London, when he was just 16 years old.

Brooke, who has since founded the Ben Kinsella Trust and been awarded an MBE for her efforts, told us it’s “heartbreaking” the two will never meet.

She said: “It’s a double-edged sword. Being Elsie’s mum is everything I’ve ever wanted, but on the other hand I can’t help but think about everyone who isn’t here to meet her.

“For me, the main person missing out is Ben.

"Obviously I love Elsie more than anything and having loved Ben so much as well it’s heartbreaking to know the two of them will never get the chance to meet."

And asked whether or not having Elsie has reopened old wounds when it comes her brother, she continued: “I try not to go there, but what’s really hit me now that I’m a parent is what my mum and dad went through losing a child.

"I lost my brother and my best friend that night.”

The pair tied the knot in magical winter wonderland-themed wedding in December, with Brooke looking stunning in a lace strap gown and veil.

For the latest updates and more celebrity exclusives, sign up to OK!'s daily celebrity newsletter.