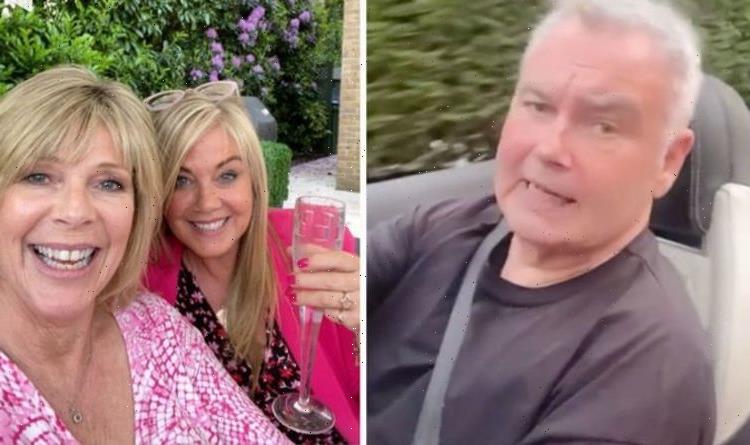 Homes Under The Hammer star Lucy Alexander hailed a “Holmes taxi”. The 51-year-old presenter told fans that This Morning host Eamonn Holmes would often give her a ride home when she’d been out with his wife and co-star Ruth Langsford.

Lucy documented her day and journey home on Instagram in view of her 49,200 followers.

She could be seen making the most of the sunshine in her pal’s convertible car.

“Can’t knock the lift Holme…,” she captured the footage of the pair. 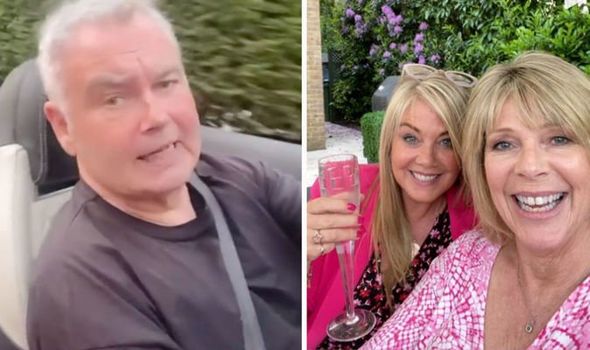 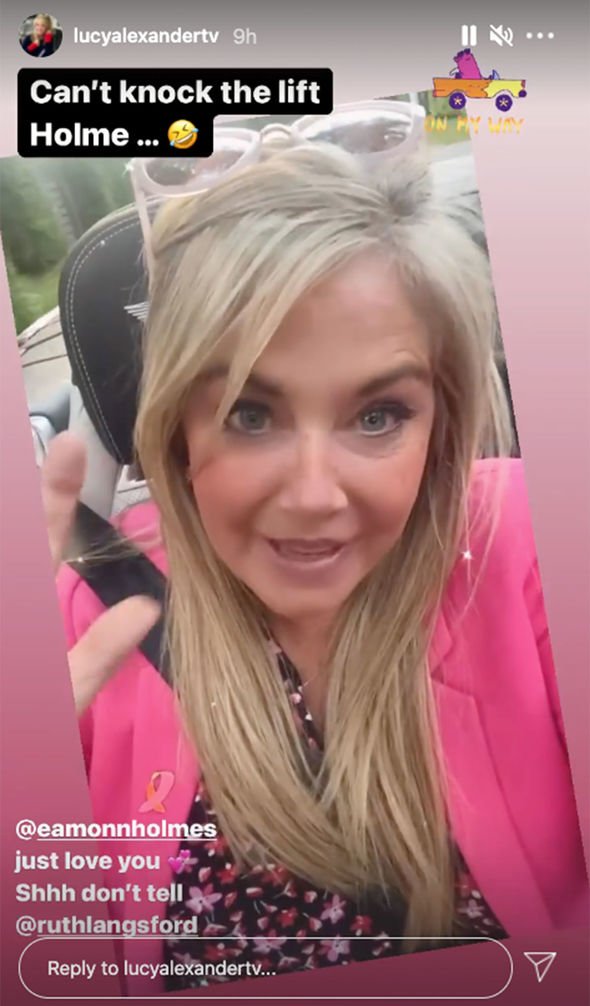 Going into more detail, Lucy spoke directly to camera in a clip which was posted on her Story.

“What happens at the end of a really good night with Ruth is that you get what’s called a Holmes taxi,” she said.

Lucy then spun the camera around to show Eamonn in the driver’s seat giving her a lift home.

“Taxi for Alexander,” he quipped. 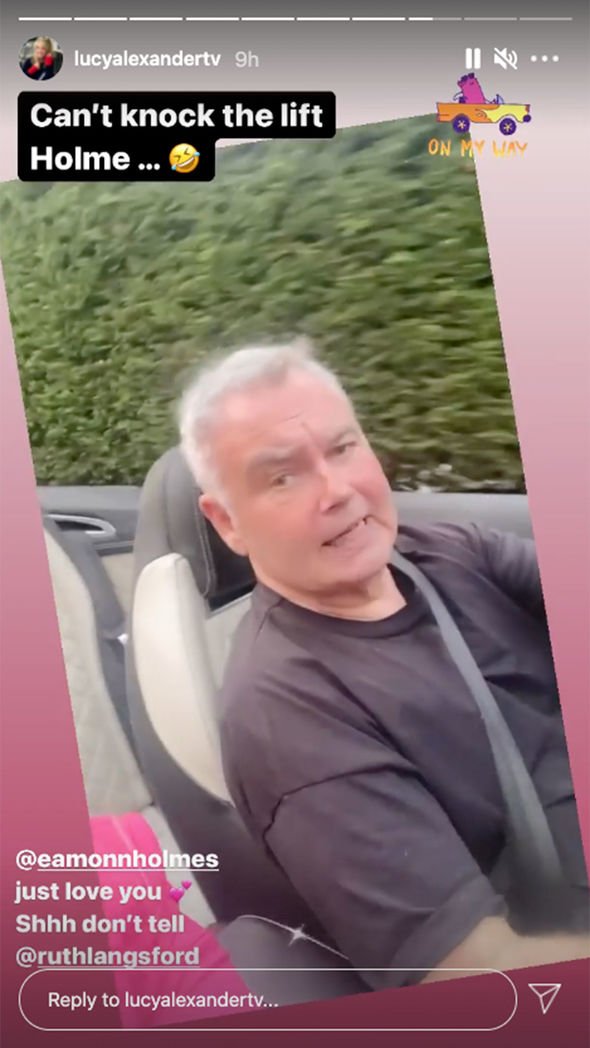 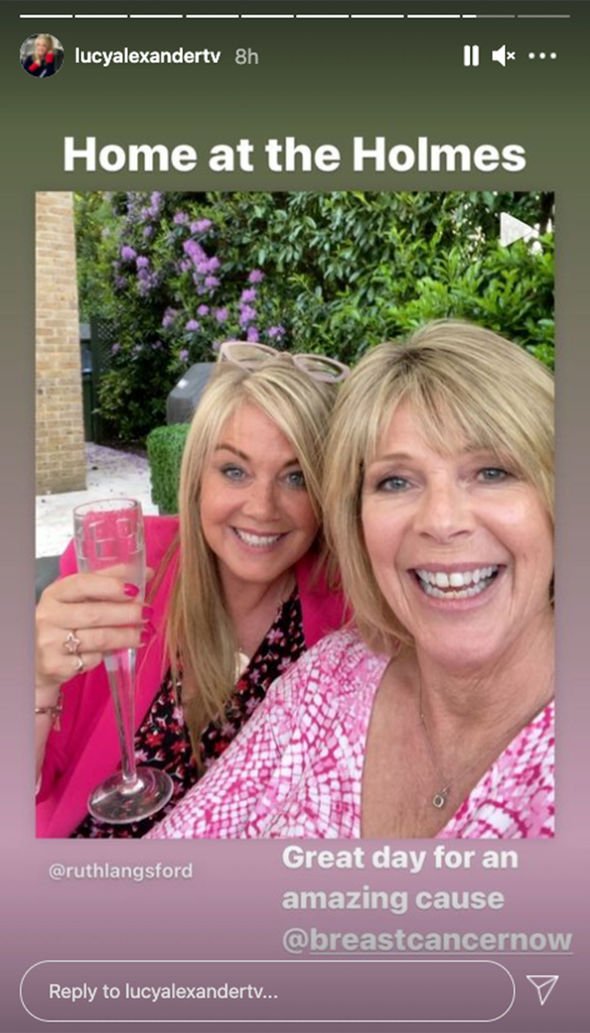 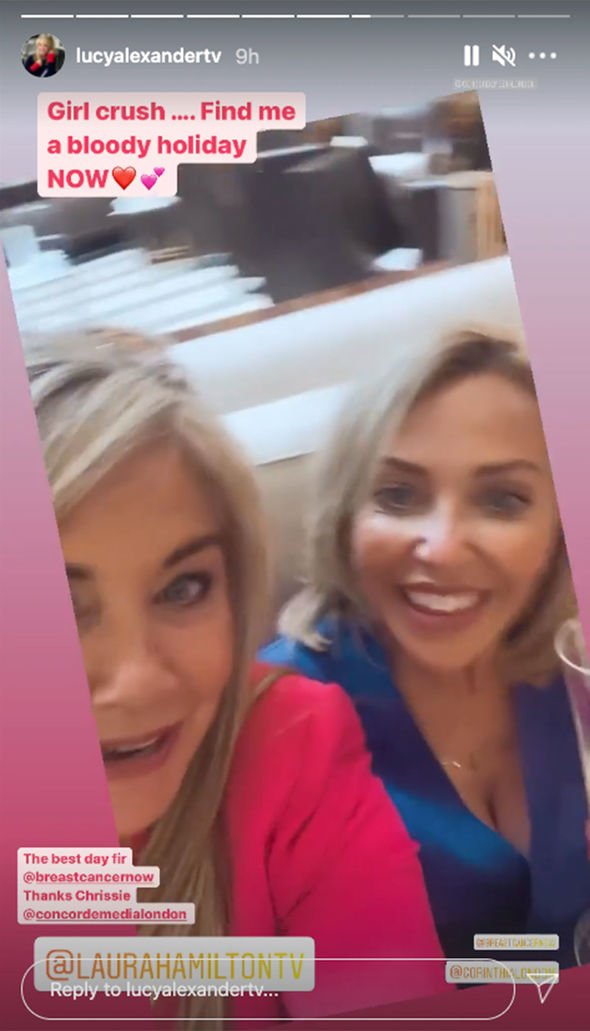 “And this is what happens. I mean, you know, can’t complain,” Lucy continued.

The next image on her post showed Lucy and Ruth enjoying a drink together in their sun-soaked garden.

“Home at the Holmes. Great day for an amazing cause @breastcancernow,” she wrote online.

The good friends had attended a breast cancer awareness lunch at the Corinthia Hotel in London earlier that day.

At the event, Lucy, who was dressed beautifully in a floral dress and pretty pink jacket, could be seen sipping a glass of bubbly and eating sumptuous cakes and scones.

She later revealed her “girl crush” who was also present at the gathering.

While documenting the event for social media, the mum-of-two filmed herself with A Place In The Sun’s Laura Hamilton.

“I’m going to quickly show you my girl crush, who’s sitting next to me. Look who it is. It’s Laura. That’s my girl crush,” she stated.

The Channel 4 star almost didn’t make it to the event.

She took to her own social media account earlier in the day, in view of her 129,000 followers, to reveal that she’d had a reaction to her second Covid vaccination.

The 39-year-old, who suffers with ITP (Idiopathic Thrombocytopenic Purpura) a disorder that leads to easy bruising and bleeding, had developed a “few spots of blood” after the jab but was later given the all-clear following a trip to the hospital.