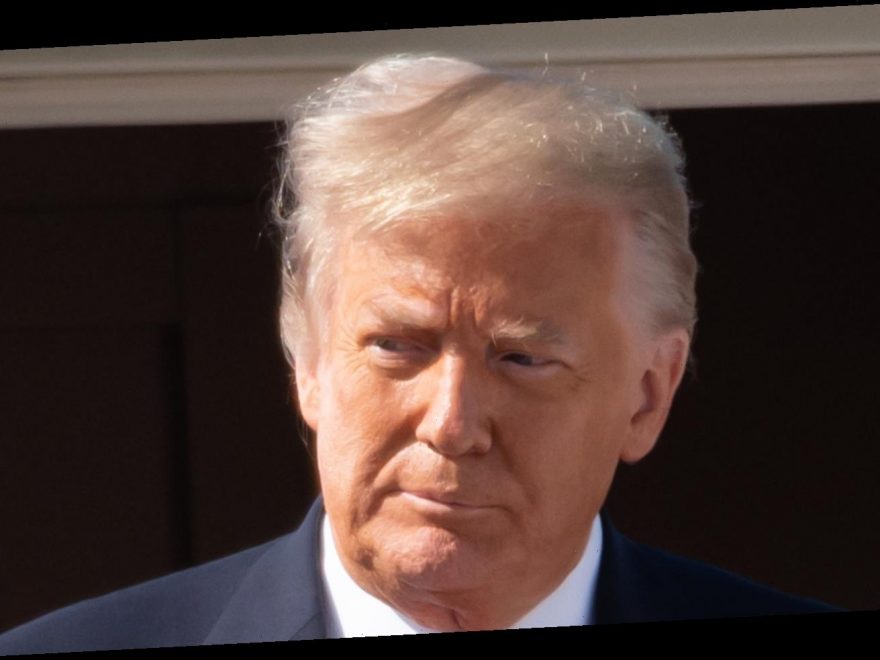 On Feb. 10, 2021, former President Donald Trump’s defense team during his second impeachment trial launched into their first statement in court in an effort to dissuade Senate lawmakers against voting for Trump’s conviction — a groundbreaking possibility, if successful, regarding U.S. history and American democracy at large. Trump, who is now the only American president to have ever been impeached twice by the House, was not present in the Senate chambers when one of his two leading attorneys, Bruce Castor, Jr., took center stage in his opening remarks.

While many expected Castor’s statement to take root in an argument that members of the Republican party have been touting ever since articles of impeachment were presented against Trump — namely, the claim that it is unconstitutional to impeach a president who is no longer in office — the speech given by Castor, per outlets like The Philadelphia Inquirer and NPR, seemed anything but. Notably, a number of them focused on one question Castor asked the impeachment hearing attendees, which had little, if anything, to do with the reason why all members were there in the first place.

So what was the weird question Castor asked? And what did others have to say about Castor’s performance in the first stages of the defense team’s turn in court? Read on after the jump to find out.

Castor's question seemed to come out of nowhere

Following opening statements made by House manager Representative Jamie Raskin, who spoke of the terrifying experience both he and his family went through in the Capitol Building the day of the violent, right-wing insurrectionist riots — the event that is the basis for Donald Trump’s second impeachment trial — attorney Bruce Castor, Jr. began his own remarks. Castor set a vastly different tone than Raskin from the get-go; as NPR recapped, Castor’s speech was meandering, “nonlinear,” and attempted a folksy approach, with Castor recalling how his parents owned and listened to recordings of Everett Dirksen, a former Republican senator who also produced a number of spoken word albums.

After sharing his childhood anecdote, Castor then proceeded to crack what some would consider a joking aside at a seemingly strange time and place to do so. “And we still know what records are, right?” he asked. “The thing you put the needle down on and you play it.” Compounding the odd quality of the one-liner is the fact that records and record players are still frequently used today but members of various age demographics, all for the purpose of doing exactly what Castor described he and his parents doing: listening to music and spoken word records.

Immediately following (and in some cases, even during) Bruce Castor, Jr.’s opening address on Feb. 9 as a member of ex-President Donald Trump’s legal defense team, many reacted to his performance with either confusion, derision, or both. One op-ed published by NJ.com after Castor’s opener at Trump’s second Senate impeachment trial pondered whether Castor’s tactic was actually based on the concept of the filibuster. The outlet also noted that Trump himself was reportedly “furious” with the performance.

Long-time Trump loyalists also seemed either befuddled or angered by Castor’s take. As The Philadelphia Inquirer noted, lawyer and conservative pundit Alan Dershowitz, who was one of the attorneys who defended Trump during his first impeachment trial in 2020, called out Castor’s seemingly inscrutable strategy in the middle of his Senate address during an appearance on the network Newsmax. “I have no idea what he’s doing,” Dershowitz said on the program. “There is no argument. I have no idea why he’s saying what he’s saying.”

Even members of the Republican party were critical of Castor’s statement, per Politico, which also included Castor positing that Trump should not be tried for impeachment because no criminal charges have been brought against him, per CNN. Despite the less-than-lukewarm response Castor received after delivering his opening statement, Castor himself was pleased with the outcome and his delivery, per The Inquirer, telling members of the press that “I thought we had a good day.”