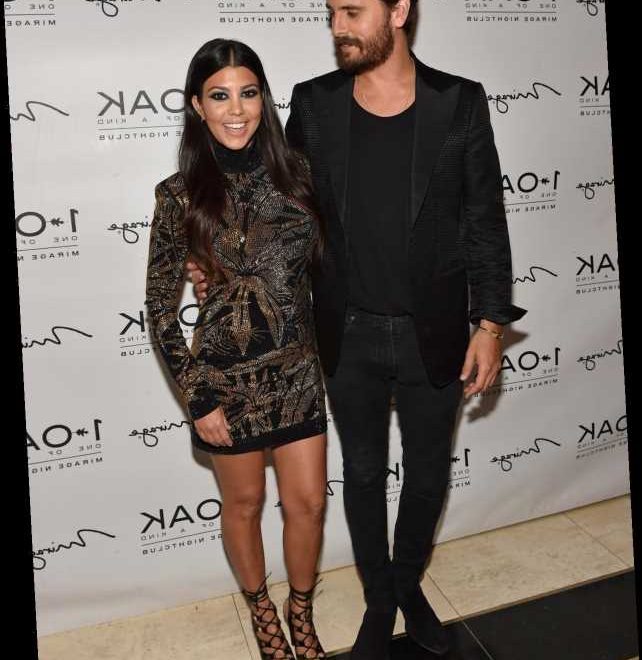 If you follow her closely on Instagram, you might have gotten the vibe that Kourtney Kardashian thinks she’s "better off" without Scott Disick. If you don’t follow her closely, allow me to explain. On Feb. 14, Miley Cyrus posted a series of quoted screen shots of herself and her dad Billy Ray Cyrus from their old Hannah Montana days. In the first image, you can see Billy Ray is telling his daughter "you’re better off without him." In the second two he continues, "if he’s gonna choose her over you, he obviously has no taste." She captioned the sweet post:

So, um, what does this have to do with Kourtney and Scott? Well, for starters, Kourtney liked the post. She also commented on the post with a heart emoji.

The timing of her like was a bit suspicious, considering Scott and his rumored girlfriend Amelia Hamlin had just taken their relationship Instagram official that same Valentine’s Day. (ICYMI: Scott debuted Amelia onto his profile for the very first time by posting a couple of shots of what appeared to be their Valentine’s Day dinner in Miami to his Instagram Stories.)

Now, obviously, Kourtney could have just been a fan of Miley’s post because she agreed with Billy’s words of wisdom in a more general sense. Like, maybe she was just liking it because she found it to be a generally true principle. No shade to Scott intended.

In fact, as of Nov. 23, sources reportedly told TMZ that "Kourtney has no issue with Scott’s latest fling, 19-year-old Amelia Hamlin, because it’s not impacting his parenting."

Besides, Kourtney reportedly has a new fling of her own currently happening with punk rocker Travis Barker. And Scott is apparently here for it! "Scott has been around Travis on several occasions and thinks he’s a great guy," a source reportedly told E! News on Jan. 25. "He’s really happy for Kourtney and is not surprised they are dating. Kourtney has spent a lot of time with Travis and it’s not shocking to him that they developed a romantic relationship."