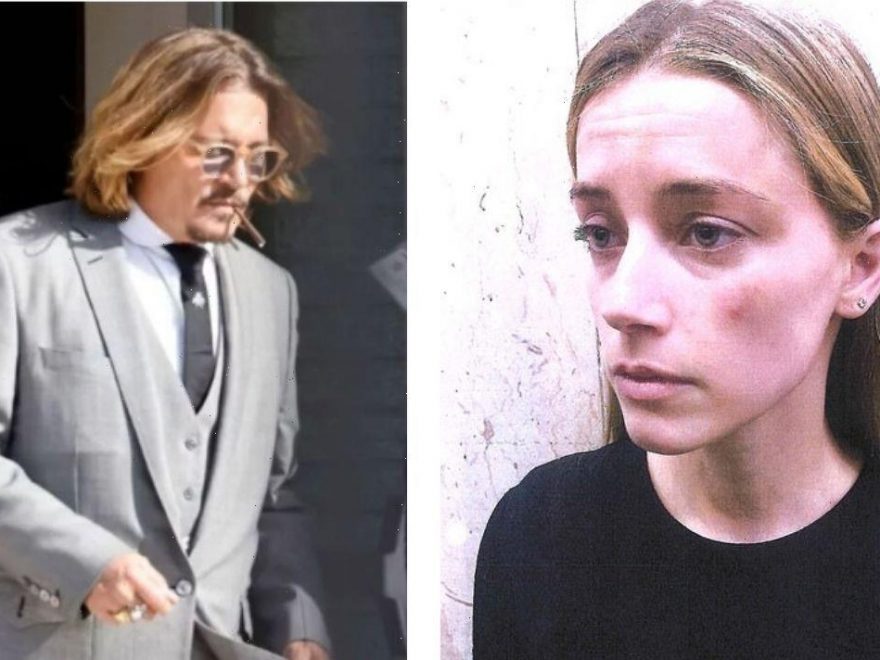 “It’s very strange when one day you’re Cinderella, so to speak, then 0.6 seconds later you’re Quasimodo,” Johnny Depp told the court yesterday. Insisting there had never been any physical violence on his part during his marriage to Amber Heard, he added: “I didn’t deserve that, nor did my children, nor did the people who believed in me all these years.”

My deformed finger and I have no friends!

Previously, it was revealed during the trial that the tip of Johnny’s finger was sliced off and found by a doctor on his kitchen floor, after what the actor has described as a tense argument between herself and ex-wife Amber.

He claims she severed the finger by throwing a vodka bottle, while his doctor, Dr Kipper, testified that, according to text messages he’d received from Johnny, he’d cut it himself with a knife.

The injury meant his doctor walked into a kitchen stained with the actor’s blood – and it left Johnny with a “deformity”.

However, Johnny, who has now likened himself to Quasimodo, has told the court of those who have supported him: “I didn’t want any of those people to believe I had done them wrong or that I was a fraud.

Despite a British judge ruling that claims he had physically abused Amber were “substantially true” in his previous defamation case, he is now persevering in the USA, telling the court that he is “obsessed with the truth”.

Texts that Johnny had sent to Dr Kipper were released in court, including one written in the aftermath of the incident, which read: “My deformed finger and I have no friends!!!”

The message then added: “By the way…Amber and I have been absolutely perfect for three f***ing months solid!!!

“I have locked my monster child away in a cage within and it has f***ing worked!!! We’re best friends now.”

Depp was previously known for referring to the side of him that emerged when he was under the influence of drugs as “the monster”.

However, his doctor has also admitted his concern that, during the calm period he references, he had been consuming more of the mood-stabilising drug Xanax “than he should have been”.

Richard Madeley admits he and Judy Finnigan are now ‘semi-detached’

Prior to that, evidence shown to the court suggested a more volatile side to Johnny and Amber’s relationship.

During the pair’s ill-fated visit to Australia, he’d texted the doctor to describe Amber as “malicious, evil and vindictive” and “as full of **** as a Christmas goose”.

In another text written to Kipper on the night of the injury, he had written: “I cut the top of my middle finger off. What should I do? Go to the hospital?”

Johnny is then said to have written messages to Amber on a mirror in his own blood.

When Dr Kipper arrived, a search had to be conducted for the finger tip, which was eventually found on the kitchen floor.

Johnny is suing Amber for $50 million for defamation, while she is counter-suing for double that amount, accusing him of a continuation of “abuse and harassment”.

Yet Johnny is adamant that he feels no “embarrassment” about the course of action he has chosen.

“I was always a private person, so for me to come up here and stand before you all and spill the truth is quite exposing and it’s unfortunate that it is not only exposing for myself but for my family, for Miss Heard,” he told the court

However he added: “I can’t say I am embarrassed as I know I am doing the right thing.”