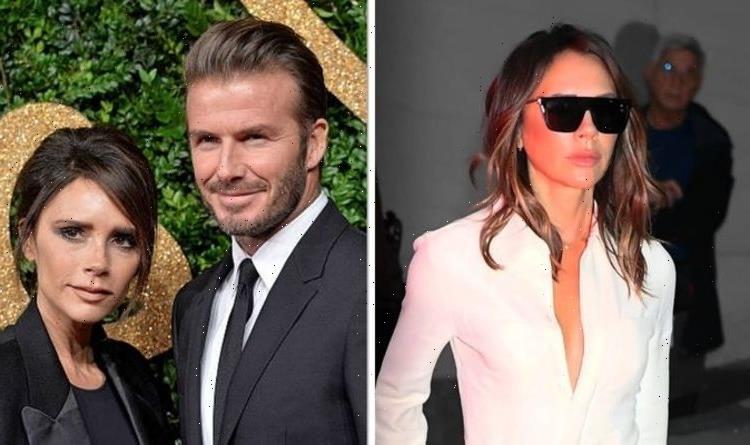 David Beckham, 46, has taken to Instagram to playfully mock wife Victoria Beckham for her exercise routine. The former Football star has posted a story out to fans of Victoria in a compromising position.

Did you manage to move from this position?

David took a snap of Victoria lifting a barbell above her head while squatting.

The photo was originally posted on Victoria’s own account, and David shared it to his own account.

The original caption read: “Trying to keep up with David in the gym.”

While David’s re-post read: “Did you manage to move from this position? @victoriabeckham”

The chocolate boxes were specifically designed for the Beckham family.

This isn’t the first time that David has embarrassed his family with social media posts.

A month ago, David shared an Instagram post of himself being kissed on the cheek by Victoria.

The snap was taken by their daughter Harper, as elder brother Cruz cringed at his parents in the background.

He captioned the post: “Date night in wine country with kids getting slightly embarrassed when asked to take a picture of mum & dad [laughing emoji] but then loving dad’s facials”.

The family was holidaying in a region of California well-known for its wineries and cuisine in the northern Bay Area.

The former athlete added: “Thanks Harper Seven for the pic and sorry @cruzbeckham for embarrassing you.”

David and Victoria were out with their youngest two children Cruz, 16 and Harper Seven, 10.

The couple have two other sons: Brooklyn Joseph, 22, and Romeo James, 19.

David received over 4,000 comments on his post and the photograph has been liked by over 1.8 million people.

David and Victoria met in 1997 when the former Spice Girl went to a Manchester United match at the footballer’s request.

Now, their eldest son Brooklyn is a photographer and also got engaged to his fiancée, Nicola Peltz, in 2020.

Meanwhile 19-year-old Romeo has taken to modelling, appearing on his first magazine cover for L’Uomo Vogue in January 2021.