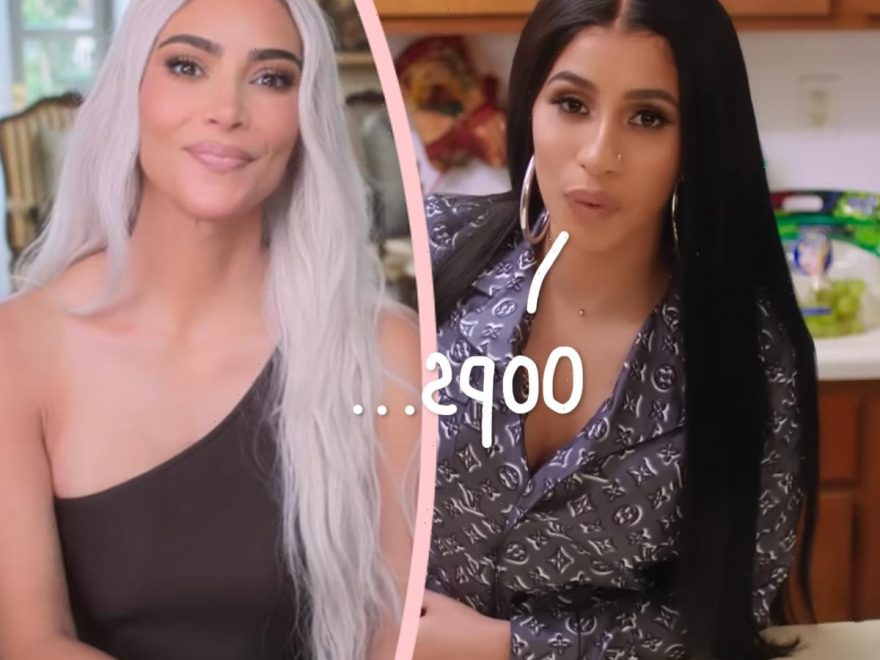 Sorry, Kim Kardashian! It appears the cat is out of the bag now!

For years, the 42-year-old television personality has denied going under the knife, saying she only had Botox. Kim even shut down speculation she used filler in her lips or cheeks, telling Allure last year:

Some fans have also wondered whether she got a rhinoplasty done at one point in her life. She fired back at those rumors, too, saying during a Masterclass with her longtime makeup artist Mario Dedivanovic:

“I never had my nose done. Everyone thought I did, and I said wait until I have kids because your real features come out.”

But it looks like Cardi B accidentally spilled the beans when she revealed she got a list of recommendations for cosmetic surgeons from her in the past! During a recent episode of The Jason Lee Podcast, the 30-year-old rapper opened up about why she wanted to go under the knife, including a nose job and butt lift, saying:

“People be assuming that when you do surgery, you’re insecure about yourself or you hate yourself – and that’s just not the truth. … I like being perfect, I like a certain type of body for myself.”

Jason then asked Cardi who she would “trust to touch your face and your body,” adding:

“I remember the time we were at Kris’ house and Kim gave you a list of people you could call and get help. You didn’t call none of those people, you just did it at home?”

The WAP artist then chimed in, noting that she “called a couple of people she gave me.”

While Cardi didn’t go into any more detail, it seems like confirmation enough! Granted, we doubt most people will be shocked to hear she had more than a “little bit of Botox” done.

Kim has yet to address Cardi and Jason’s slip-up at this time, but considering she has long tried to deny the rumors, she’s probably not too happy about it right now! Reactions, Perezcious readers? Let us know in the comments below!