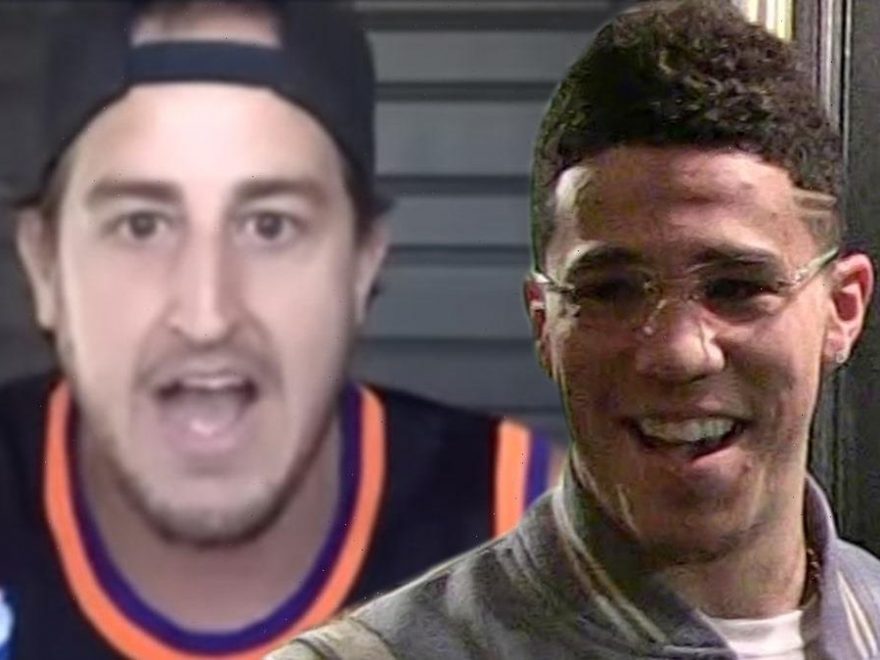 10:24 AM PT — 6/17 — Devin Booker is hitting the “Suns In 4” guy with the ULTIMATE hookup — sending the dude an autographed jersey and tickets to the upcoming Western Conference Finals!!

Of course, multiple eyewitnesses say McKellar was purely acting in self-defense, so it’s not like the baller is rewarding the fan for wildin’ out.

Booker posted on social media earlier this week asking to get in touch with the guy … and it didn’t take long at all for him to connect and give McKellar an awesome “thank you” package, according to ESPN.

The famous “Suns In 4” guy is FINALLY opening up about his violent brawl with Nuggets fans … claiming the whole thing went down because the Denver dudes poured beer on him.

Nick McKellar joined Barstool Sports’ “The Dave Portnoy Show” this week and broke the whole fight down from start to finish … explaining he was NEVER the aggressor in the situation.

McKellar claims he showed up to Ball Arena for Game 3 last Friday and made friends with nearly everybody around him right away.

But, he says when he started lightheartedly joking with two Nuggets fans toward the end of the game … that’s when things turned contentious.

“These guys are walking past me and obviously they didn’t think it was funny,” McKellar said. “Meanwhile the whole crowd that I made friends with, initially they were laughing, having a good time.”

“I wasn’t being annoying. So, these guys were like, ‘You know what, I’m taking offense to this.'”

McKellar says the two Nuggets fans then got in his face, talked smack, flaunted money at him … and then tugged on his jersey and poured beer on him.

That’s when McKellar says the action picked up on video … and the rest is history.

McKellar told Portnoy he was escorted out of the arena by cops after throwing the haymakers, but says he was NOT arrested because witnesses told the officers he did nothing more than protect himself in the skirmish.

As for if Devin Booker ever got a hold of him, McKellar said he has been in contact with the Suns superstar — and told Portnoy there could be a future collab between the two in the future.