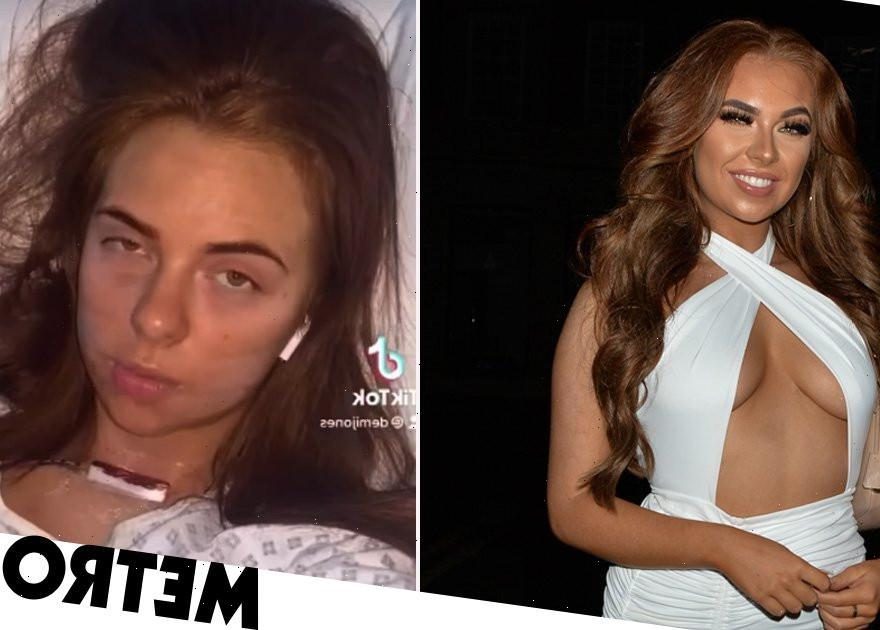 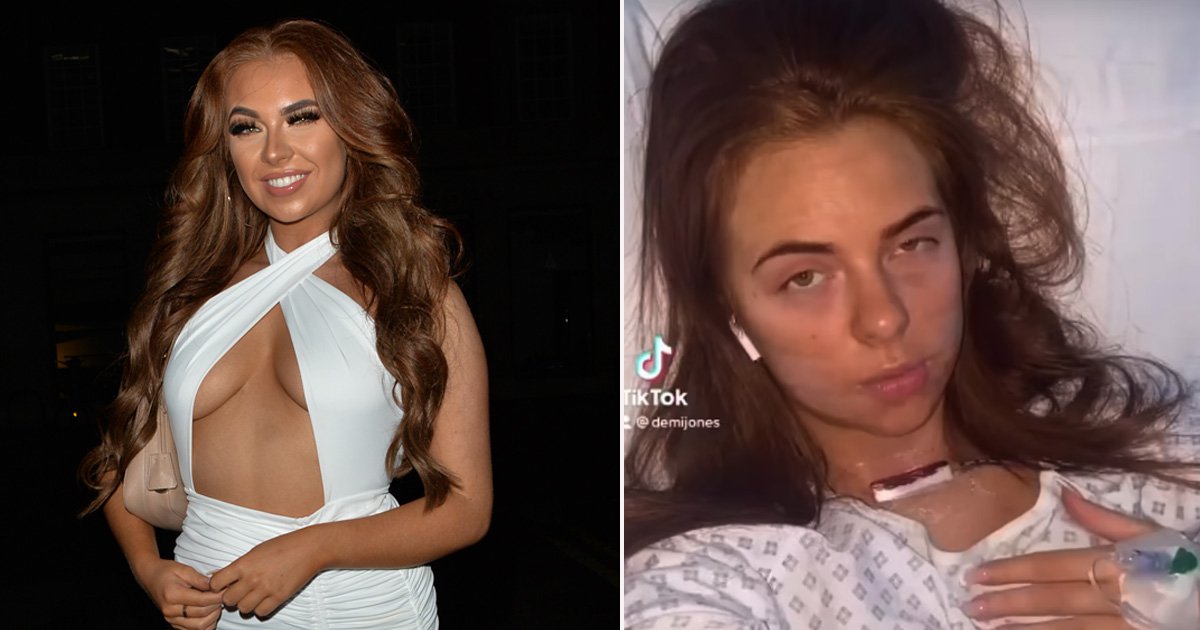 Demi Jones put on a brave face on the weekend as she hit the town with a smile after sharing her devastating thyroid cancer diagnosis.

The Love Island star revealed a lump she had removed recently was in fact cancer and that she’d be undergoing more surgery to have her whole thyroid removed.

After thanking fans for their support amid the shock news, the 22-year-old got dressed up and headed out in London on Sunday.

Heading for a girls night out at Libertine nightclub, Demi rocked a white minidress and orange heels – despite the chillier-than-normal temperatures in the capital.

Her make-up was flawless, while she wore her long, brown hair curled over her shoulders as she posed for photos.

It was the first time the reality star had made a public appearance after she revealed her health battle, having told fans she was overwhelmed with kind messages from friends and followers after sharing the news last week.

She told her followers on Friday: ‘I just want to talk about my diagnosis that I had yesterday. I’ve never had such an immense response in my life. I’ve literally been inundated with messages.

‘I’ve never had so many messages in my life. My phone literally blew up yesterday. So, I just wanted to say thank you for the love and support from obviously the public, friends and family, and like people I don’t even know just showing so much love and kindness to me.

‘I’m kind of… I’m sad but I’m kind of just in shock, like,… what? It just doesn’t even feel real that I’ve got cancer. it’s kind of like a weird thing.’

Demi previously had the lump removed from her neck three weeks ago and admitted she knew ‘straight away’ that she had cancer when she walked into the surgery to get the results of her biopsy.

‘When he was talking to me about it I was being really strong and I was listening and saying “mmhmm, okay, that’s fine.”

‘Then, as soon as I walked out and it was just me and my mum I cried. Even though I’m gonna get through this and be absolutely fine it’s just that I know that I’ve gotta go through this journey now.’

She revealed that she has papillary thyroid cancer and will now have to have another operation to remove the rest of her thyroid as well as having iodine cancer treatment and hormone tablets as the thyroid regulates hormone function.

Demi is hoping by speaking out she can help raise awareness for the condition and encourage others to get their lumps checked too.

She added: ‘In the meantime I’m gonna stay super positive. I’ve got two weeks until my surgery, so, I’m just going to have lots of fun and stay super positive and smiley and just got to do that surgery again, which is urghh not looking forward to but I can do it and it’s not long until my birthday so that gives me something to look forward to.’