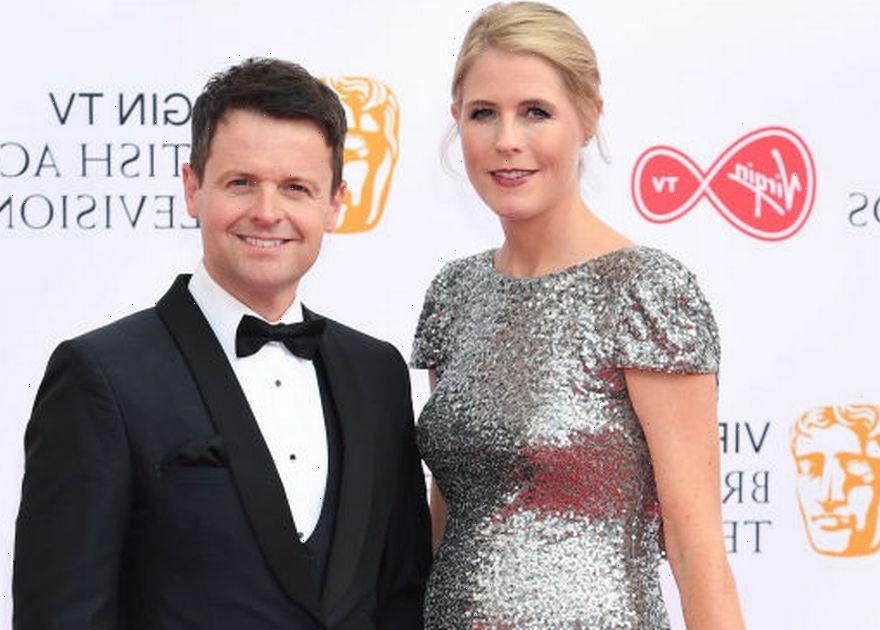 On Sunday, the presenter, 46, announced that he had welcomed his second child with his wife Ali Astall, 43. The couple, who got married in 2015, are already proud parents of daughter Isla, three.

Taking to their shared Instagram account, Ant & Dec, Dec revealed that he and Ali had welcomed a baby boy, named Jack, with Anthony as his middle name, which is Ant's full name.

In the photo, Dec's hand can be seen as the newborn's hand grips onto his finger.

The caption read: "Shortly before 10am yesterday, 23.7.2022, Ali and I welcomed the arrival of our son, Jack Anthony Alphonsus, a very welcome ray of light. He is wonderful and Isla is beyond excited to be a big sister!"

Many of the Instagram account's 4.7 million followers took to the comment section to gush about how the baby's middle name is Anthony.

Another wrote: "Omg Anthony as a middle name!"

A third said: "Ahhh little nod to Ant. I love it. Congratulations everyone."

Meanwhile, Jack's second middle name, Alphonsus, is a tribute to Dec's own father.

Celebrity friends also took to the comment section to send their congratulations on the birth of Dec and Ali's son.

Jamie Oliver wrote: "Congratulations to you all."

Laura Whitmore said: "Delighted for you both! Congrats."

The catholic priest, 55, had reportedly been rushed to hospital after collapsing.

After hearing the news that his brother was seriously ill, Dec rushed to his side, however Father Dermott sadly passed away.

Dec tweeted at the time: “I am heartbroken to tell you that my darling brother Fr Dermott, sadly passed away this afternoon. We are all beyond devastated. Thank you for your messages of sympathy and support, they are appreciated.”

Ant also paid tribute to Dec's brother as he wrote on Twitter: "Fr Dermott you were the kindest, wisest man I knew. Rest in peace my friend. You will never be forgotten.

"My thoughts, prayers and love are with your wonderful family.

"The world has lost a special man. X."

Ant has been married to Anne-Marie Corbett since last year.

The wedding came after his split from his former wife Lisa Armstrong, who he was married to from 2006 to 2018.