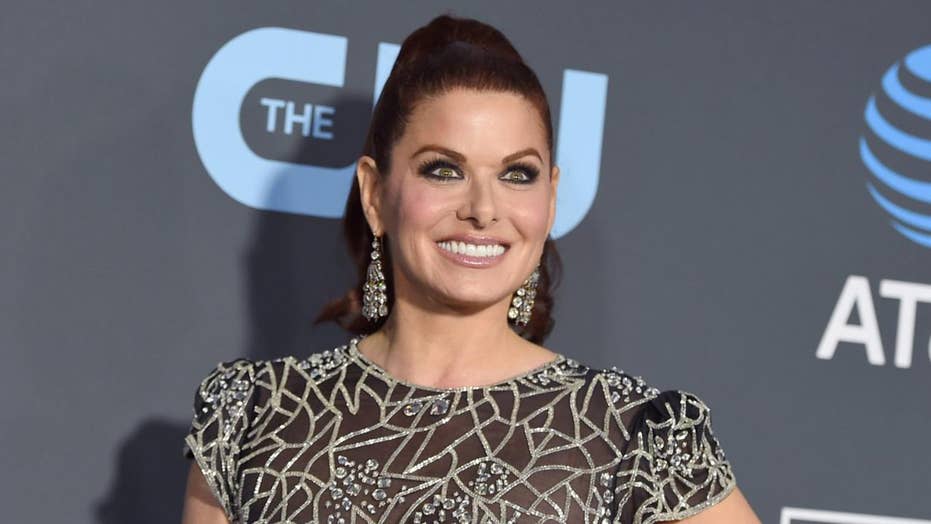 ‘Will &amp; Grace’ actress Debra Messing shared a bizarre video on her Instagram highlighting the negative impact human beings have on earth and its environment along with a message to her followers indicating that God is ‘crying’ over it. The video showed a man in a t-shirt that says ‘welcome’ casually marching through nature killing and taking what he wants. Written above the video, though not part of it, are the words ‘Humans don’t deserve earth.’

The 50-year-old wanted to show off her makeup artist and hair stylist's work, posting a selfie on Instagram Tuesday to her 1.1 million followers.

But some users thought she looked a little too different and suggested plastic surgery in the comments section.

The "Will & Grace" star didn't let the comments go unnoticed and replied back, explaining her refreshed appearance. Messing said that she just got some great facials in New York City and has been using new "gadgets."

"Did you have a facelift?" one user wrote.

"Yikes, too much Botox," someone else said. "Gorgeous, but maybe less fillers… starting to look a bit plastic," commented another.

"NOPE!" Messing replied. "Getting tons of facials at @joannavargasnyc and using every gadget on the market!"

Messing was all dressed up because she was being honored at the DoSomething Gala in NYC for her work as an adult and youth activist.

"Thank you @dosomething for the extraordinary honor of being named one of your 2019 Empower Players. I am committed to supporting all efforts by the countless activists who fight daily to make our world healthier, safer, and more equitable. #dosomething," she captioned the selfie, along with tagging her glam team.

Messing has been open about getting some cosmetic procedures done in the past. She revealed she's a fan of getting CoolSculpting in her doctor's office and she's actually an ambassador for the brand.

"Whether or not someone else wants to judge me because I want to go into a dermatologist's office for an hour and have fat frozen off of my body and three months later I can feel a little bit better in a bathing suit — I don't care," Messing told GoodHousekeeping.com back in 2017. "I don't care about that judgment."

"It's incredibly important to be open about doing things to improve how you feel about yourself. The myth that there are people walking around Hollywood who were born perfect and age perfectly is very dangerous, especially for young girls," she added. "I'm not embarrassed at all."