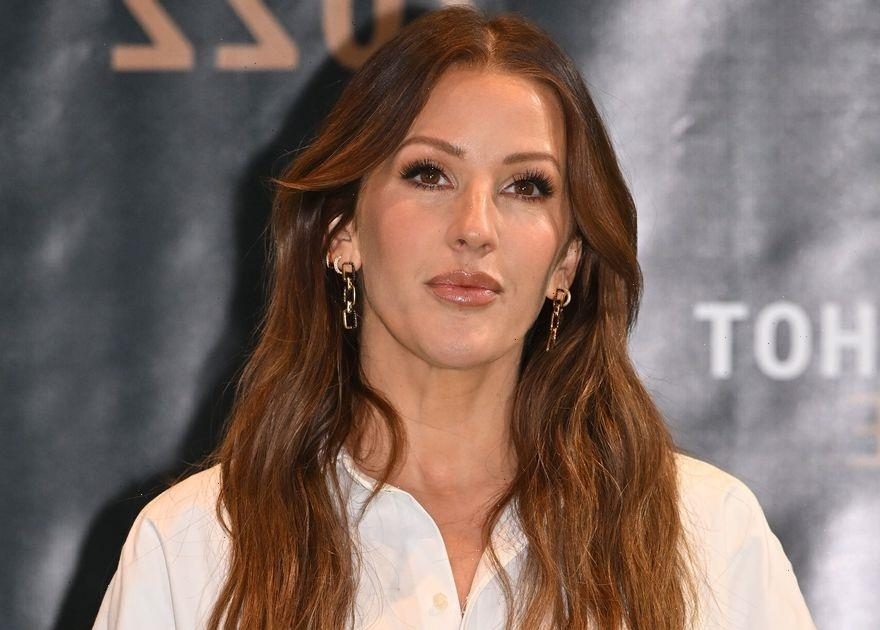 The prize was set up by Prince William in 2021, and has become the Prince of Wales' passion as he focuses on using the event to campaign and raise awareness for the environment.

The special event, which showcases the work of environmentalists and awards five lucky prize winners with £1 million to use on their continuing work, was attended by some of the biggest in the business.

Wearing a tuxedo suit and his signature style, the celebrity guest, who has recently been spotted supporting the World Cup 2022 in Qatar, was all smiles as he waved and nodded at the cheering crowds.

Singer and pop star Ellie, 35, looked stunning as she showed off her new hair against a bright white dress for the occasion.

The floor-length gown featured balloon sleeves and a shirt design on the top half, and was completed with an oversized matching belt around the star's middle.

The British Love Me Like You Do hitmaker seemed excited to be showcasing her new chocolate locks after opting for a big change this week.

The star's signature blonde locks are long gone as she fully embraced her brunette style.

The singer then finished the look with a peach matte lipstick for the event.

Ellie accessorised with an array of silver and gemstone rings as she posed for the cameras.

Also attending the awards were Big Little Liars actress Shailene Woodley, who opted for a fitted lace dress that showed off her curves, with a co-ord top and shorts underneath.

With her blonde locks swept back in a ponytail, the Divergent star opted for black pumps and minimal jewellery as she went bare-armed in the bitter Boston weather.

James Bond star Rami Malek was also snapped in the crowd, as he grinned at photographers on the green carpet.

Clara Amfo was also spotted on the green carpet, as the star slipped into a printed black off-the-shoulder dress for the evening.

She wore her curly tresses natural, but paired the look with a striking infinity shape woven into her hair, and also jumped onto the green theme with a pair of glittering emerald drop earrings.

Clara also accessorised with a series of jewels on her fingers and completed her look with false eyelashes and a bright red lip.

It comes as Ellie Goulding also attended the Royal Variety Show at the Royal Albert Hall in London earlier this week, as she jetted from the UK to America for the event.