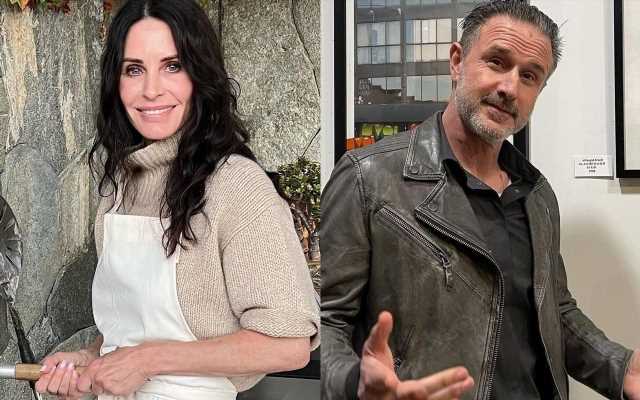 The ‘Amanda and Jack Go Glamping’ actor feels lucky to be able to raise his daughter together with former wife without any serious issues following their divorce.

AceShowbiz –David Arquette is fortunate to have a “beautiful” relationship with his ex-wife Courteney Cox. The couple – who shared screen in the “Scream” horror franchise – were married from 1999 until they divorced in 2013 and are parents to an 18-year-old daughter, Coco, and David is glad the former couple were able to remain friends over the years and co-parent Coco together with no issues.

“Today we are great co-parents to our daughter, Coco. So that’s really beautiful,” he said when speaking to Closer US magazine.

David, 51, went on to reveal their daughter is thriving and recently got her first car as she learns to drive. He also has two sons with his second wife and producing partner Christina McLarty while Courteney is in a long-term relationship with Snow Patrol musician Johnny McDaid.

The actor went on to open up about his second marriage, revealing they have a tight family unit and he feels lucky to be married to such an amazing woman. He said, “My boys are just complete characters, both of them. I’m so grateful to Christina … She’s just like the brains of the operation. The woman behind the man.”

David started dating Entertainment Tonight correspondent Christina back in 2011 after he separated from Courteney and they tied the knot in 2015. The “Scream” star insisted marriage is hard work, but the couple has found a way to get through the tough times together.

He added, “It’s tough. You have to figure out how to really make it work with each other, to hear each other and allow each other to be yourselves, but also to have your strong boundaries.”