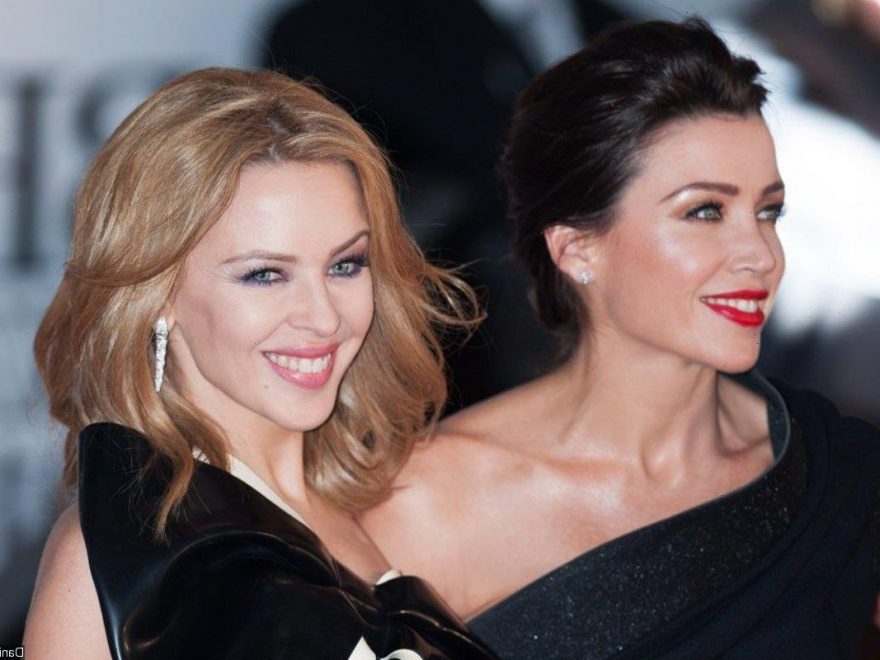 When talking about her sister’s decision to relocate back to the Land Down Under, the ‘I Should Be So Lucky’ hitmaker spills that it was influenced by the COVID-19 pandemic.

AceShowbiz –Dannii Minogue is looking forward to spending more time with sister Kylie Minogue as she relocates to Australia.

The “I Should Be So Lucky” hitmaker has spent the past three decades living in London but has made the decision to head back Down Under after spending time with family over the past year.

Speaking on U.K. TV show “This Morning”, Dannii admitted there’s “quite a bit of excitement” in their hometown of Melbourne about Kylie’s return, before assuring fans, “She did say, ‘I’m not going to stop travelling, I’m still going to work and be everywhere’ and she will for sure be back in London. But it’s kind of exciting at this age for both of us.”

“You make those decisions that something is moving in your tummy and telling you, ‘Do what makes you happy right now’ because you can’t be waiting for what will happen in a couple of years.”

According to Dannii, the COVID-19 pandemic influenced Kylie’s decision to return to Oz, explaining, “We’ve been so fortunate to have such a great time in London and to be embraced by everybody there, but something kind of special happened this year with Covid and family being back together.”

“My dad just had his 80th birthday, my brother’s 50th was in lockdown, now my 50th, it’s a lot swelling around our heads and you don’t want to miss all those big moments.”

Earlier this month (October 2021), it was reported that Kylie planned to relocate to Australia and she confirmed the speculation days later in an interview on “The Kyle & Jackie O Show”.

When asked about the speculation she was moving, she said, “I already have, actually. And yet, here I am in England working. I spent quite a lot of time in Australia this year and I thought, ‘I’ve got used to this.’ “

“I feel my Aussie accent is going to come back stronger and stronger. But England has gone into a bit of a panic. They’re like, ‘What? You’re leaving?’ I’m like, ‘It’s alright.’ “