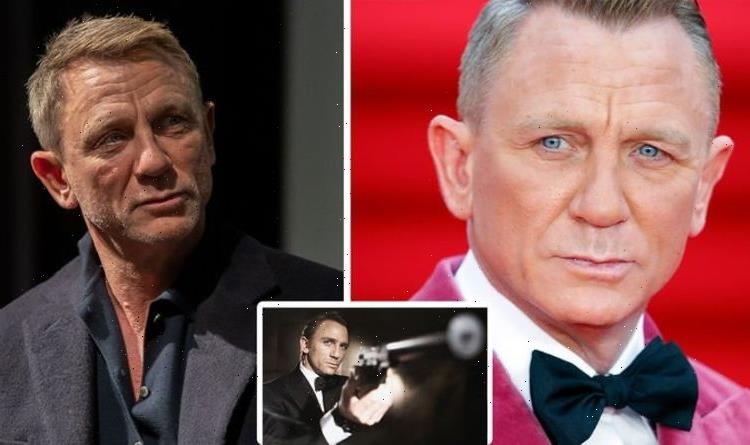 Daniel Craig admits he 'preferred going out to gay bars'

Following the huge success of Daniel Craig’s, 53, final James Bond movie No Time To Die, the actor recently opened up about the backlash he received after he was first cast as the legendary MI6 spy back in 2006. Casino Royale was Craig’s debut 007, but ahead of its release he was bombarded with criticism over his appearance and what he would bring to the role.

It was painful to do

The Wirral-born actor sports blonde hair whereas his predecessors Sean Connery, Roger Moore, Pierce Brosnan and Timothy Dalton, were all taller with dark hair, and it seemed to be a change that many fans of the action-packed films didn’t want.

While filming was underway for Casino Royale, there was multiple internet campaigns set up to urge other Bond fans to boycott the movie.

But despite the comments, Craig was backed by former Bond stars and thousands of other fans who believed he would bring his own twist to the long-running character.

And Craig himself has no regrets about accepting the offer that propelled him to international stardom.

In a new interview with his pal Bruce Bozzi on SiriusXM, Craig said: “I’m glad I did it.

“It was painful to do but I kind of read everything and just thought, ‘Well, there’s not much I could do about that!'”

Despite the negativity at the beginning of his reign, Craig will now be remembered as the longest running actor to play the fictional MI6 spy.

And for his services as 007 and acting in general, he has now been honoured with a Hollywood Walk of Fame in California.

Following the premiere of his fifth and final Bond movie, he became the 2,704th celebrity to be awarded the honour.

His plaque was unveiled in a night time ceremony ealier this month, which was streamed live on YouTube, outside 7007 Hollywood Boulevard; a touching tribute to the character’s infamous code number.

It was placed in a fitting spot too, just yards away from his Bond predecessor, Sir Roger Moore.

Craig said it was an “absolute honour to be walked all over in Hollywood”.

The 53-year-old was introduced by Bond producers Michael G Wilson and Barbara Broccoli, along with his co-star in the latest film, Rami Malek.

Wilson spoke of how charitable the actor is, adding he is “more than qualified” for the esteemed accolade.

He added: “This star on Hollywood Boulevard is a fitting cap to your amazing run as Bond.”

Before his star was unveiled, he gave his thanks to his colleagues: “To Michael Wilson and Barbara Broccoli, I thank you from the depth of my heart, without you I would not be here today – thank you for those lovely words.

“Thank you to Rami for those beautiful, beautiful words.

“I never thought I would hear myself say this, but it’s an absolute honour to be walked all over in Hollywood.”

No Time To Die had been subject to repeated delays due to the coronavirus pandemic, but won critical praise and broke Bond film records by earning the highest opening weekend takings in the UK.

Speaking more on his honour, Craig added: “If happiness was measured by the company we keep, then me being on this pavement surrounded by all of these legends makes me a very, very, very happy man. So thank you very much.”