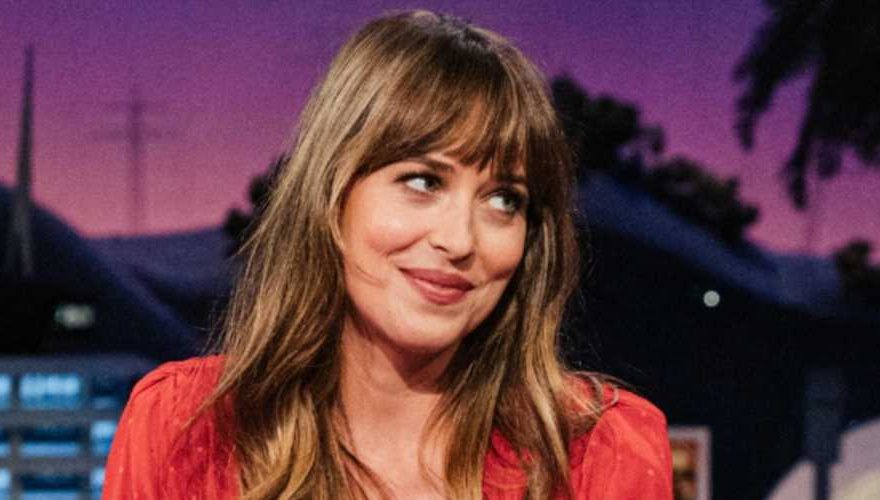 Dakota Johnson is actually just like us, believe it or not. And that includes having a mom — albeit a famous one — who embarrasses her. On Wednesday's episode of The Late Late Show With James Corden, Dakota opened up about a time during her childhood that her mother Melanie Griffith humiliated her in front of her celebrity crush, '90s heart throb Jonathan Taylor Thomas.

So in typical (famous) mom fashion, Griffith called the actor over. Dakota recalled "trying to be invisible." "I was across the airport behind a plant," she said, before adding that despite her best efforts she was still "very visible."

"I couldn't hide behind the plant … it wasn't like a tree," she added with a laugh. Luckily, she was able to avoid the situation and was not subjected to meeting Thomas.

Earlier in the interview, Dakota revealed that her mother still finds ways to embarrass her to this day. In fact, even though the actress chooses to stay off social media, Griffith posts throwback photos of Dakota to her own accounts.

"I don't like it, but I also don't go on social media, so I don't find out about it until it's really baked into the Internet, and somebody will send it to me like, 'Oh, you were so ugly.' Or 'You were so cute, when you had braces and a slicked back ponytail,'" she told Corden.

She continued saying that when she finds out that these photos are posted online, she "becomes a 12-year-old" with choice words for her mom.

"I'm like, 'Mom, you can't do that. We've had this conversation so many times!'" she says as she pretends to angrily type with her fingers. "She doesn't care."