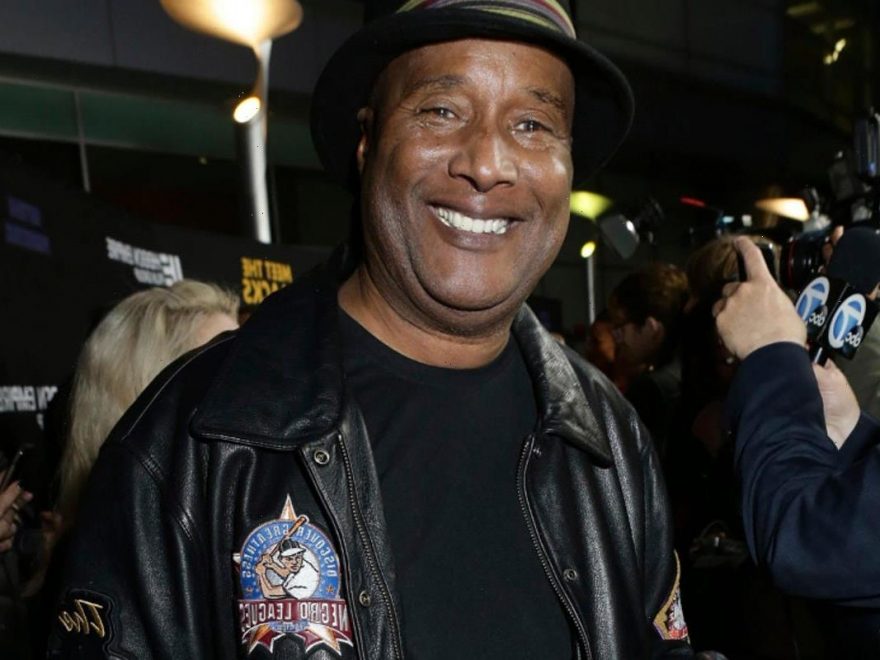 This March 29, 2016 image released by Meet The Blacks, LLC shows Paul Mooney posing at the premiere of "Meet the Blacks" in Los Angeles. Mooney, a boundary-pushing comedian who was Richard Pryor’s longtime writing partner and whose sage, incisive musings on racism and American life made him a revered figure in stand-up, died of a heart attack at his Oakland, Calif. home on Wednesday. He was 79. (Photo: Eric Charbonneau, AP)

Paul Mooney, known for his comedic writing for Richard Pryor and appearances in “Bamboozled” and “Chappelle’s Show” has died. He was 79.

Journalist Roland Martin also announced news of the comedian’s death on Twitter: “Comedic legend Paul Mooney has passed away. His cousin, Rudy Ealy, just called me from Paul’s phone and said he passed away two hours ago after suffering a heart attack at his home in Oakland.”

BREAKING NEWS: Comedic legend Paul Mooney has passed away. His cousin, Rudy Ealy, just called me from Paul’s phone and said he passed away two hours ago after suffering a heart attack at his home in Oakland. He was 79. We will pay tribute to him tonight on #RolandMartinUnfiltered

The comedian was born as Paul Gladney in Shreveport, Louisiana. After moving to Oakland, California, Mooney started his career in funny business as a circus ringmaster and later went on to write and work with comedy superstars.

His sage and incisive musings on racism and American life made him a revered figure in stand-up.

Mooney was the writer behind some of Pryor’s greatest comedy hits like “Richard Pryor: Live on the Sunset Strip” and “The Richard Pryor Show.” His friendship and collaboration with Pryor began in 1968 and lasted until Pryor’s death in 2005. Together, they confronted racism perhaps more directly than it ever had been before onstage. Mooney chronicled their partnership in his 2007 memoir “Black Is the New White.”

He also wrote for the 1970’s sitcom “Sanford and Son” which starred Redd Fox and has writing credit for the Fox comedy sketch show “In Living Color,” becoming the mind behind famous character of Homey D. Clown, played by Damon Wayans.

John Mulaney returns to stage: How comedians use comedy to cope

Legendary comedian and writer Paul Mooney has died. He was 79. (Photo: NONE, GANNETT)

As an actor, Mooney played Sam Cooke in 1978′s “The Buddy Holly Story” and Junebug in Spike Lee’s 2000 film “Bamboozled.”

Dave Chappelle also recruited the comedy legend to work on “Chappelle’s Show” and appeared in several episodes of the show.

Members of the acting community expressed their condolences for the late comedian on Twitter.

Viola Davis wrote: “RIP comedy legend Paul Mooney! You were both funny and poignant. So happy to have witnessed your genius live. Rest well!!! Pour down some laughter here. We need it.”

“A Wrinkle in Time” director Ava DuVernay remembered Mooney as a “comedy giant.”

“Paul Mooney. A comedy giant. I recall listening to his RACE album in college and how formative it was. Yeah, the jokes. But more so, the freedom.”

Fellow comedian Tracy Morgan wrote, “RIP TO ONE OF MY COMEDY HEROES.”