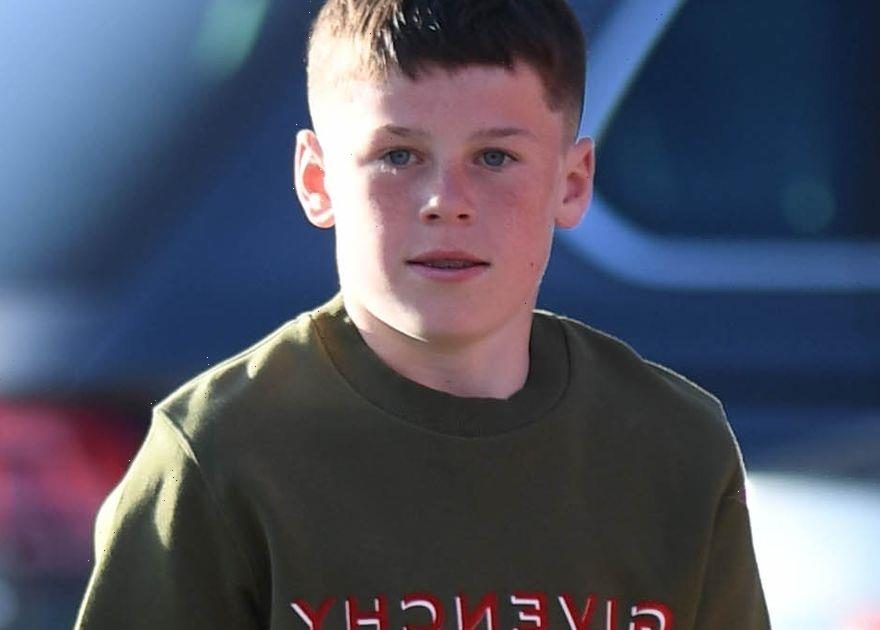 Wayne and Coleen Rooney's son Kai has injured his leg after being pictured outside Old Trafford wearing a cast on his left leg.

Kai, 12, currently plays for the Manchester United under 12s side but now looks set for a lengthy absence, after writing on Instagram: "out for a few months".

The youngster was spotted on Wednesday night using crutches and wearing a large cast on his left leg.

Kai was at the home of Manchester United ahead of the FA Youth Cup Final, between the Red Devils and Nottingham Forest.

The 12 year old footballer will want to get over his injury in full as he aims to follow in his father's footsteps by achieving a career in professional football.

Although Kai isn't the only member of the Rooney family to be seen wearing a cast, his mum Coleen, 36, has been sporting a foot brace since March.

The mum of four injured her leg in an accident at her mansion, which she shares with husband Wayne, 36, and their kids.

A source told the MailOnline: "Coleen has had a fall at home and suffered a fracture. She was in quite a bit of pain and had to go to hospital.

"It should take about six weeks to heal. Wayne is doing all he can to help as she is having to hop around and use a crutch."

Coleen is currently in the centre of an ongoing libel trial between herself and Rebekah Vardy.

On Wednesday, the second day of the £3million Wagatha Christie court battle, it featured a tearful appearance in the witness box, Whatsapp 'gossip' about a mystery celebrity affair and yet more foul-mouthed text messages – all brought to an end by a fittingly dramatic fire alarm.

Rebekah Vardy also denied calling Coleen Rooney a 'nasty b****' and said the comment was instead aimed at Danielle Lloyd.

For the latest updates on Coleen and Rebekah, sign up to OK!'s daily celebrity newsletter.