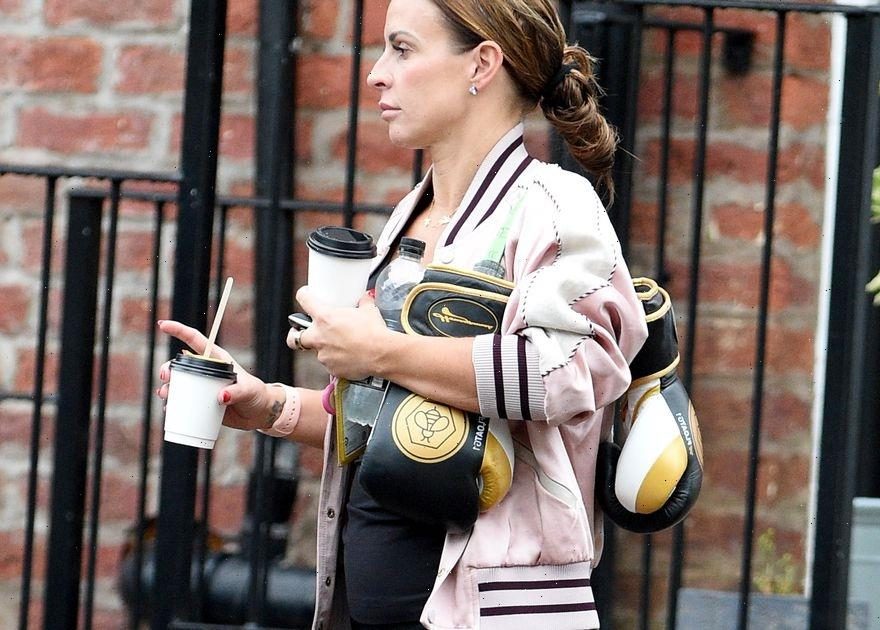 Coleen Rooney cuts a casual figure as she steps out for her morning coffee following a boxing session.

The WAG looked fabulous while sporting an all-black ensemble paired with a pink bomber jacket. The 36-year-old clutched her black and gold boxing gloves beneath her arm as she carried two cups of coffee and her phone.

Coleen opted for a simple makeup look and wore her hair in a low messy bun. She accessorised with small stud earrings and what appears to be a pink fitness tracker watch.

The mum of four's outing comes after she signed a multi-million pound deal with Disney+ for a tell-all Wagatha Christie documentary. It's said Coleen will out-earn her husband Wayne Rooney, 36 who manages soccer team DC United in Washington and he earns a reported £800,000 a year.

A source told The Sun: "This is a massive deal for Coleen — in every sense. For the first time in 20 years, she will be the main breadwinner."

The insider added that cameras will have "unfiltered access" to Coleen's home and they will get to know what has gone on behind closed doors since she made her famous 2019 tweet, which had the now infamous line "…it's Rebekah Vardy's account".

Amid the TV show news, Coleen has been bonding with her children and recently took her two youngest kids, Kit, six, and four year old Cass to Legoland on the final days of the summer holiday.

The trio explored the Windsor theme park’s sprawling grounds, the group could be seen laughing and joking as they enjoyed the rides on offer.

Coleen also beamed for the camera as she posed alongside her little ones in front of Legoland’s iconic flying theatre and a lion head made from Lego bricks.

Coleen’s trip to the theme comes after a source told OK! that she was “like a different person” now that her case against Rebekah Vardy has come to a close.

After winning her case, Coleen was spotted at a Westlife concert with Rylan Clark and the pair reportedly “got on like a house on fire”.

The source continued: “They've both been through a tough time and are coming out the other side.