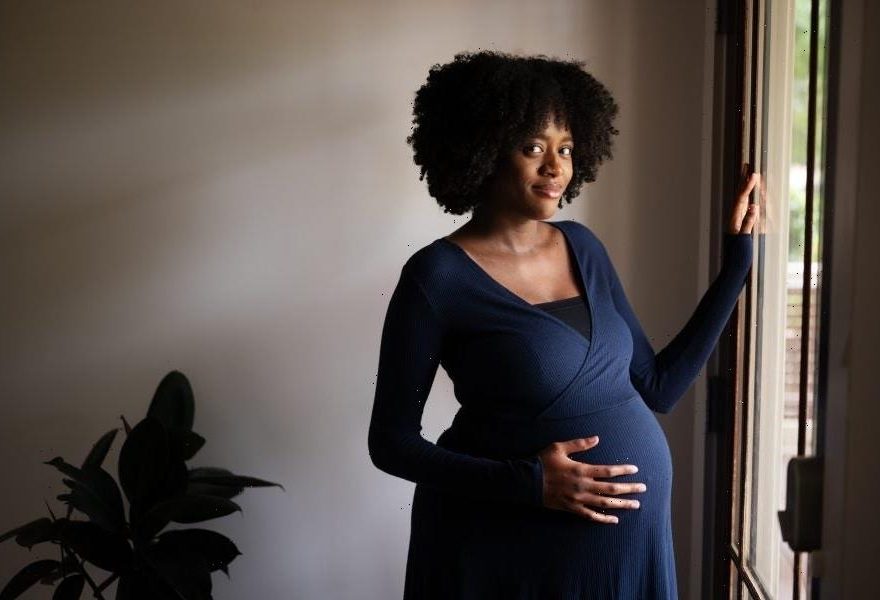 There are many things to be cautious about as a pregnant woman in this world, from what you eat to how you sleep, the stress you allow yourself to be exposed to, the amount of activity you partake in and more. But many expectant mothers may not be aware that there’s an infectious disease out there that could greatly impact them and their unborn child — and no, it’s not COVID-19.

Cytomegalovirus, or CMV, is a virus that is the leading cause of birth defects and developmental disabilities in the United States. It spreads in a number of ways, including to mom and baby from children who are in daycare. Moms can end up getting infected through something as simple as sharing food with your kid. Despite that, it’s not a common thing screened for during prenatal visits with OBGYNs, and because of that, reportedly a small percentage of women in this country have heard of CMV.

To gain more insight into this common virus that people know so little about, we consulted with the experts, including Allison August, MD at Moderna and Kristen Spytek of the CMV Foundation. Together, they share details on what it is, how it spreads, and what moms can do to protect themselves and the little ones growing inside of them.

ESSENCE: First and foremost, for the many people who don’t know, what is CMV and what does it stand for?

Allison August, MD and Kristen Spytek: Cytomegalovirus, or CMV, is a common, highly contagious viral infection that presents symptoms in adults much like a common cold. In the US, more than half of people over age 40 have been infected with CMV in their lifetime. As a latent virus, once infected, CMV remains in the body for life, and can reactivate during periods of stress. If a woman becomes infected with CMV while she is pregnant, she can pass the infection to her developing baby. For most people, CMV does not pose a health risk, but for infants infected with CMV in utero, the long-term health consequences can be dire. In fact, it’s the leading infectious cause of birth defects in the United States.

It is typically harmless to the general population — many people do not experience any symptoms. It infects nearly one in three children before five years old. Once CMV is in a person’s body, it stays there for life and can reactivate. A person can also be reinfected with a different strain of the virus.

How is it spread and what are the defects that can be caused?

CMV is ubiquitous and is spread from one person to another through direct or prolonged contact with bodily fluids, including saliva, urine, blood, tears, semen, and breast milk.

A pregnant woman can pass CMV to her unborn baby, even if the mother is symptomless. The virus in the mother’s blood can pass through the placenta and infect the developing baby in utero. This can happen when a pregnant woman is infected with CMV for the first time or when a previous CMV infection becomes active again.

The general public should be informed about CMV because the virus can cause serious disease for those with weakened immune systems or in babies infected with CMV before birth, referred to as congenital CMV infection. At birth, 90% of babies born with congenital CMV will not show any visible symptoms of the virus. Approximately 10-15% of these babies may experience hearing loss, which can occur at birth or later in life.

Each year, more than 30,000 babies are born with congenital CMV, with 20% of these babies going on to have lifelong effects, including hearing loss, seizures, vision impairment, learning disabilities, decreased muscle strength and coordination and premature death.

Is there anyone or any community of expectant mothers that it more commonly affects?

Yes, according to The Journal of Pediatrics article from Fowler et al., significant racial and ethnic differences exist in the prevalence of congenital CMV, with Black infants demonstrating the highest prevalence. More work needs to be done here to address regional and national estimates of both prevalence and clinical outcomes of congenital CMV in the US.

CMV has an unevenly high presence in communities of lower socioeconomic status and minority populations, including African American and Latinx. In fact, the rate of congenital CMV infection is twice as high in BIPOC infants compared to the rest of the infant population.

These disparities are exacerbated by even greater gaps in awareness and access to adequate testing. In a recent Harris Poll survey, fewer than one in four Americans aged 18–40 were aware of CMV in general, yet individuals of lower socioeconomic status were even less likely to have heard of the virus. In addition, Black women were less likely to report being tested for CMV compared to other ethnicities, despite being disproportionately affected.

What are some things expectant mothers can do to prevent CMV?

Women who are pregnant or planning to become pregnant should practice these four simple tips:

1. Do not share food, utensils, drinks, straws, or toothbrushes

2. Do not put a pacifier in your mouth

3. Kiss your child on the cheek or head, rather than mouth

4. Wash your hands often with soap and water for 15-20 seconds, especially after:

Simple hygiene practices are the most effective way to prevent CMV transmission, though they are not foolproof. While there is currently no approved vaccine against CMV, Moderna is conducting clinical trials to evaluate a potential CMV vaccine candidate, with the hope of one day providing another preventive measure against the virus. Until then, education and awareness can also play key roles in helping to turn the tide against CMV.

Is this something expectant mothers are screened for while pregnant and if not, what can we do?

Expectant mothers are not routinely screened for CMV and the reasons why are multifarious.

Clinicians admit that prenatal discussions are often dictated by topics that patients are seemingly most worried about, but pregnant women don’t worry about CMV only because they don’t know about it. The argument to withhold or dismiss prenatal counseling on this topic feels very paternalistic.

This information needs to be readily available and easily accessible. In our opinion, we need a global public health campaign and innovative scientific advancements. However it’s extremely difficult to fund large-scale research projects without federal dollars or national media attention.

To circle back to your original question, a woman can be tested for CMV if she asks her doctor to run CMV IgM and IgG antibody tests. If a woman has been exposed to a recent CMV infection, it is recommended that she wait until her CMV IgM antibody levels decline to an undetectable level, and her CMV IgG avidity index climbs to a highly favorable percentage, before trying to conceive. This can take anywhere from six to twelve months. It is important to wait until the CMV infection has resolved because it minimizes the risk of CMV transmission from the pregnant woman to her baby in utero. If a woman is already pregnant, she can request that CMV IgM and IgG antibody lab tests be added to her routine labs. These tests are relatively inexpensive and are covered by most insurance plans.

Although our Harris Poll findings revealed 93% of health care providers surveyed agreed universal newborn screening would help document the prevalence of asymptomatic congenital CMV, the virus is currently not included as part of a woman’s regular pregnancy screenings or part of regular newborn screenings after a baby is born. However, there have been recent advancements in certain states, including Maine and Minnesota, to work toward universal newborn screening. That’s why a preventive vaccine could be so important for parents to help stop the spread of CMV.

For additional information on the virus, women can visit https://nowiknowcmv.com.