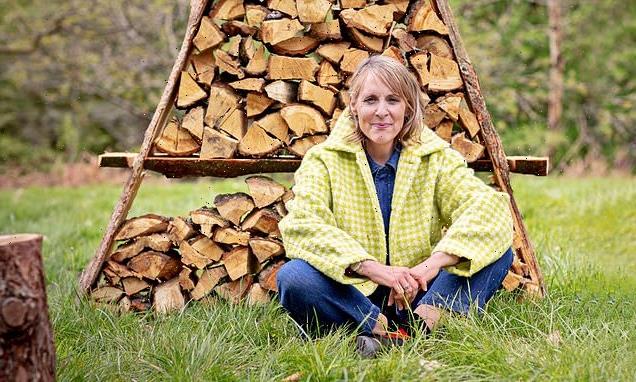 CHRISTOPHER STEVENS reviews last night’s TV: Without her comrade-in-smut, Mel’s jokes are all a bit wooden

Few things are more forlorn than half a double act. One comedian alone is so much less than two.

Dear old Ernie Wise was a lost soul after the death of his partner Eric Morecambe. No doubt, Little Ern had funny bones in him still — but he soon became a spectacle of pity, reduced to doing the panto rounds at Christmas.

And my heart breaks for Paul Elliott, one half of the brilliant Chuckle Brothers until the death of older brother Barry in 2018. Paul seems a sweet man but he clearly yearns to be tripping over ladders and falling into giant paint pots with his sibling by his side, not earning his crust on reality TV shows.

Mel Giedroyc was always the better half of her double act with Cambridge Footlights buddy Sue Perkins — but she struggles on her own, too, as Handmade: Britain’s Best Woodworker (C4) makes only too clear.

Since quitting The Great British Bake Off, Mel and Sue have shot the moderately successful sitcom Hitmen for Sky about a pair of incompetent gangland assassins. (And it’s best not to mention the mess they made when reviving The Generation Game.) 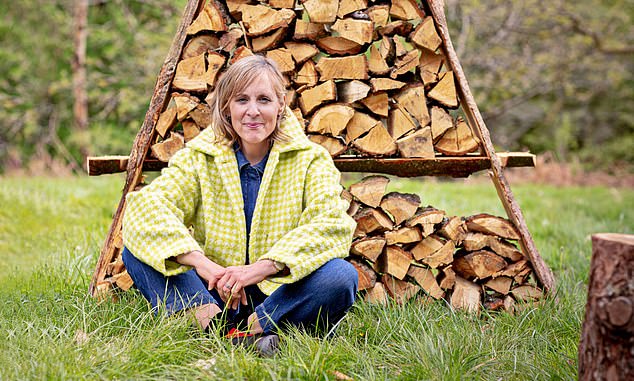 Mel Giedroyc (pictured) was always the better half of her double act with Cambridge Footlights buddy Sue Perkins — but she struggles on her own, too, as Handmade: Britain’s Best Woodworker (C4) makes only too clear

But really, the comic pair have failed to find a vehicle that can contain and sustain them for long. Perhaps the problem is that they no longer mesh: when Sue appeared on Who Do You Think You Are? earlier this year, Mel’s quick-witted guest appearance stole the show, leaving her old friend looking slightly stuffy and ponderous.

Still, as the lone host of Handmade, Mel is left with too much work to do. She has to set up her own gags and then deliver the punchlines.

Running around the workshop, trying to find opportunities for banter, she looks like a terrier in search of a rabbit. Much of the time, she resorts to double entendres. And we all know Mel could conjure smut in a convent, so inventing innuendos on a woodworking show is just too easy.

‘Lauren does not have a clumpy triangle,’ she scolded a judge who complained about the shape of a table leg. And, standing at the lathe, she murmured: ‘Lovely to have a rotating bit of wood in your hand.’

Breakfast surprise of the week

As he hid from terrorists stalking his hotel in Crossfire (BBC1), Jason (Lee Ingleby) heard a shout of ‘Buenos dias, room service’ — and opened his door to peep out. What a pillock! Some people just can’t resist the offer of coffee and croissants.

But without a comrade-in-filth to share her sniggers, the jokes fall flat. Solo sexual quips aren’t very gratifying.

That leaves us looking for entertainment in a joinery competition. And sadly, unlike homemade fashion on The Great British Sewing Bee, or jewellery in All That Glitters, carpentry projects are simply too big to be engaging.

It’s hard to get terribly excited about wobbly tables. And the tension sags further when Mel warns the woodworkers that half their time has elapsed . . . they’ve only got another 24 hours to finish the job!

Part of the pleasure of The Repair Shop (BBC1) is that there’s no time limit. We are never told how many weeks have elapsed between commission and completion. Instead of restorations done in a rush, we see every step lovingly crafted. It’s both relaxing and satisfying to watch an artisan put an edge back on a pair of sewing scissors or replace the capacitors in a wartime radio.

Leather worker Susie demonstrated a technique called ‘two‑needle stitching’, sewing the seams of an old satchel with a single piece of thread and a needle on each end.

The real joy, though, comes when the customers collect their beloved heirlooms. A lady named Judith was joined by her daughter and granddaughter to be reunited with 74-year-old ‘Goldie’, her teddy bear, whose croaky growl was now working for the first time in decades.

You can’t help welling up when three generations are in tears.