Ooooh, baby. Brace yourselves because Jenna Fischer is definitely not here for Chrissy Teigen’s Jim and Pam divorce theory. TMZ caught up with Fischer as she was leaving a recording of The Today Show on Oct. 17.

"Miss Fischer, Chrissy Teigen recently speculated about Jim and Pam —" before the reporter could even finish his question, Fischer burst out into what TBH sounded like the laugh of an evil Disney villain and retorted, "Oh, I have words. I have words. She’ll hear my words." What were those words, exactly? Well, we probably have to listen to her new podcast to get all of the deets, but she did tell the TMZ reporter that she, "of course," thinks that Jim and Pam would still be together.

Yes, Teigen’s argument was pretty solid, but I think we’d have to expect the woman who actually played Pam to know better than anyone else whether or not she and Jim would be together, right? Ugh, now if only John Krasinski would give us his two cents on the matter… Or Mindy Kaling! Or BJ Novak! I guess what I’m really saying is I would love it if the entire cast and writing staff of The Office could host an emergency panel to discuss this matter for the sake of their concerned fans. 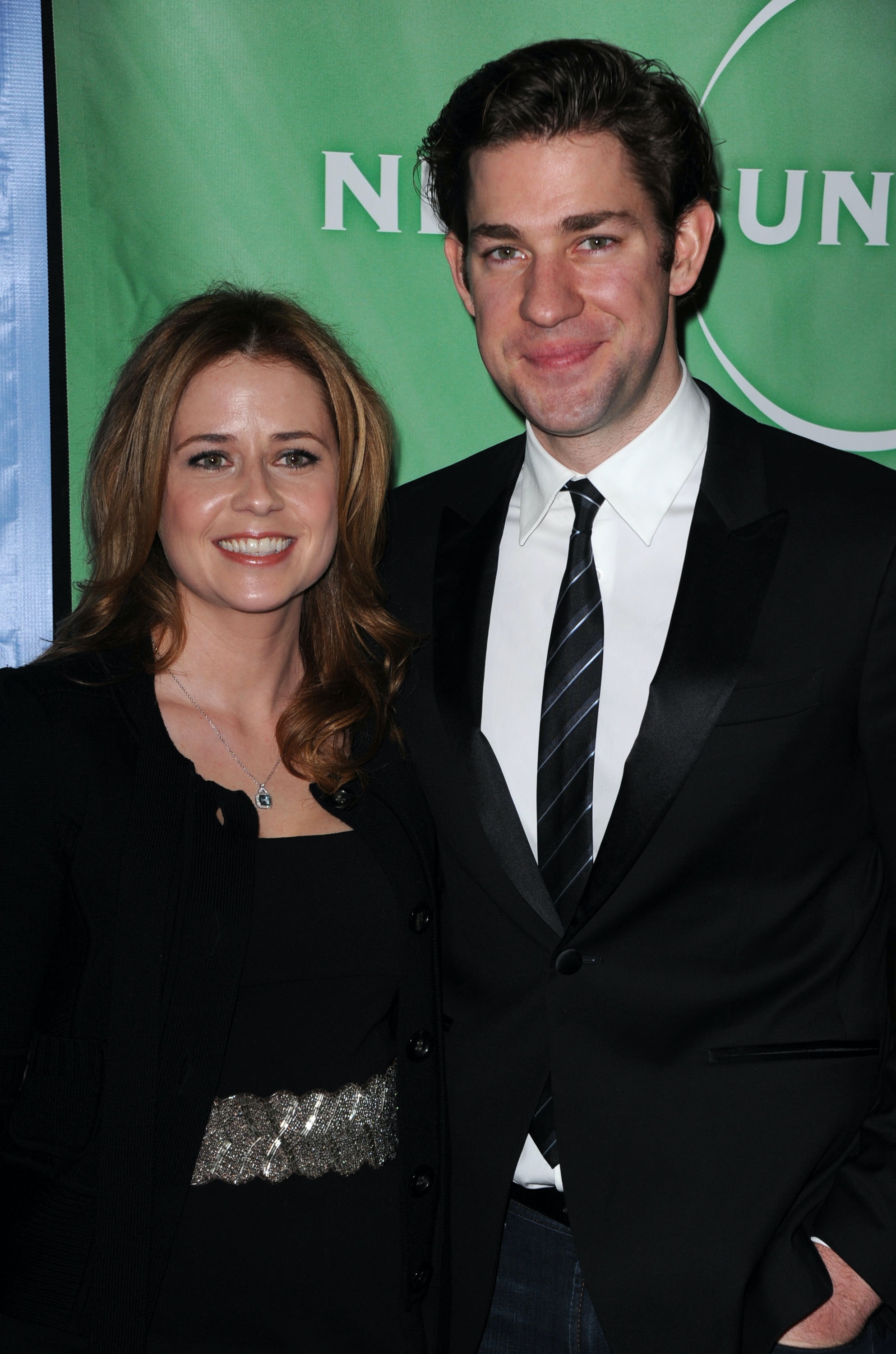 Let me backtrack for a second for those of you who may have no idea what the eff I’m talking about.

It all started on Oct. 13, 2019, which would have marked Jim and Pam’s 10th anniversary. In order to commemorate the special day, Teigen posted a poll on Twitter asking people if they thought Jim and Pam would now be together, separated, divorced or in an open marriage. The majority of fans voted that they would still be together, but Teigen weighed in with her own opinions on the matter.

First, she guessed that they were still together but things weren’t exactly ideal. "I think they’re together but Philly Jim likes a taste of the high life and bottle service with athletes and Pam still can’t figure out her phone so he never has to answer FaceTimes and he never gets caught," she wrote, adding that "Pam is unhappy but content with their income and children so she’s like whatever and draws things for Etsy like cozy home signs (wait is this me)."

Oh, and as for their plans to move to Austin, Teigen isn’t buying that for a second. "They never went to Austin," she declared. "You know it and I know it. I talk about moving to Austin every other day and here I am. Not in Austin."

If you’re not quite remembering how the show left things off with Jim and Pam and want a little bit of a (maybe super emotional and tear-filled) refresher, I’d give this clip a little watchsy:

C’mon, now. Do you really think that couple would be divorced now?