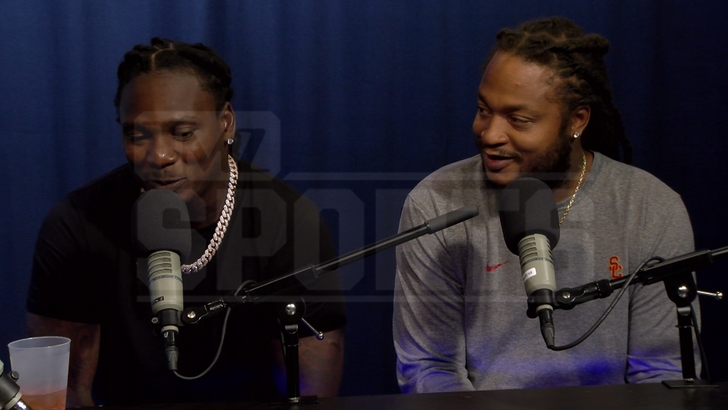 Chris Johnson is now one of 129 people hoping to make the Hall of Fame in 2023 … but according to his former teammate, LenDale White, he doesn’t need to sweat it — ’cause he WILL get a bust in Canton next summer.

CJ2K — one of the best running backs in NFL history — was officially nominated for the HOF for the first time earlier this week … alongside 128 other former stars, including Joe Thomas and Darrelle Revis.

Johnson swung by the TMZ office with White just a day after he got the good news — and he was pumped … saying he was hopeful it’d now all eventually lead to him getting the call to the Hall later this season.

“Just to be a nominee, it’s a blessing,” he said. “Hopefully I can make it all the way through. We gon’ see what happens.”

But according to White, who played two seasons with Johnson in Tennessee in 2008 and 2009, the former Titans great doesn’t need to fret about it too much … guaranteeing the 37-year-old will make it this year.

“He will make it all the way through,” White said. “I mean, I feel that way.”

White and Johnson both think those numbers should be enough to get him in … but they did acknowledge if he had played just a few more years and stat-piled during that timeframe, it wouldn’t even be a question.

Johnson, though, said he had no regrets about how his career played out.

The first cut for the ’23 class will be in November. The finalists will be then announced in January. 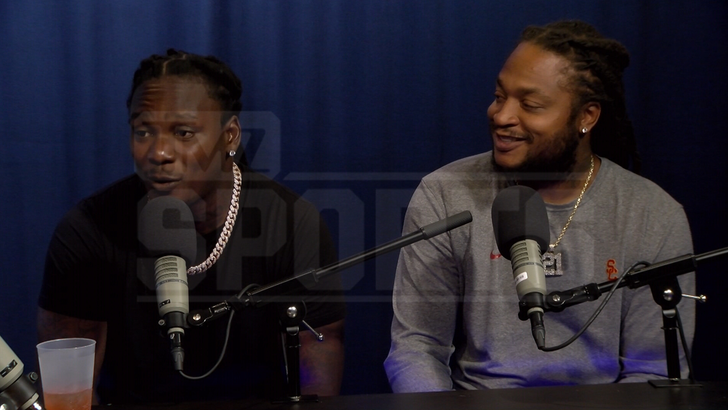 While Johnson waits for the call, he and White will continue talkin’ football on their “Smash & Dash” podcast … which the guys say includes a whole lot of other topics — including dating!