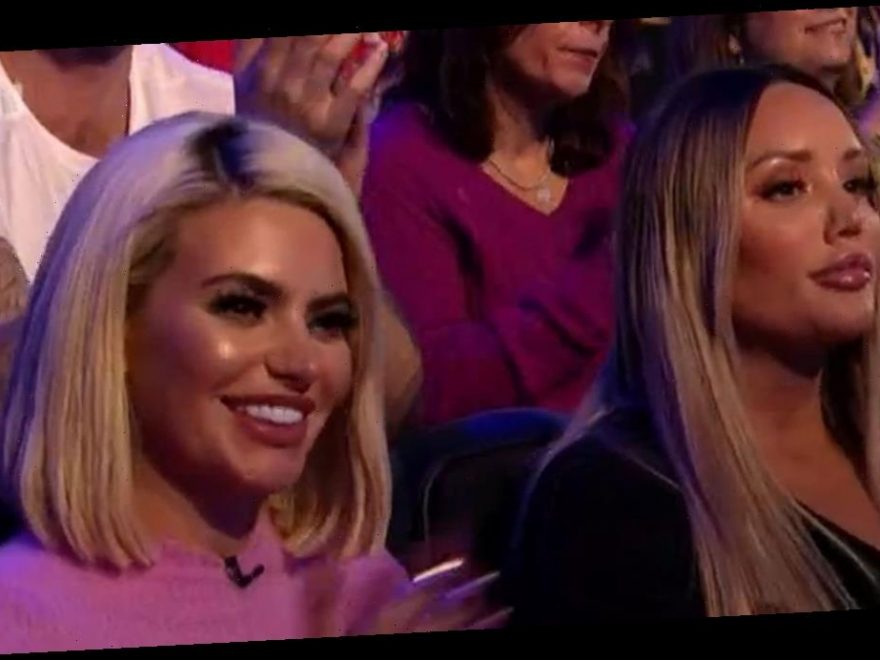 Former Geordie Shore star Charlotte Crosby has opened up about being ignored by ex Love IslanderMegan Barton Hanson. This came during a Q&A session where a fan asked Charlotte to reveal who the “rudest” celeb she’d ever met was.

Charlotte didn’t hold back on the details in her answer where she explained how Megan, 26, “looked straight through [her]” at the NTAs after the pair apparently bonded while sat in the audience of Dancing on Ice.

The 30-year-old revealed that she tried to support Megan who was worried about how the press would report her appearance on the hit skating show. Megan was there to support her boyfriend at the time Wes Nelson, now 22, who was partnered with pro skater Vanessa Bauer.

Despite being “chatty and lovely,” it seems Megan and Charlotte’s friendship was short-lived.

She wrote: “I left thinking what a lovely girl, completely not how I expected her to be after watching her. And then a month or so later at the NTAs I saw her in the distance and ran over to say hi, genuinely excited to maybe have a drink together at the bar and she looked straight through me, as if she didn’t even know who I was.”

Charlotte went on to clarify that she wouldn’t class Megan as “rude” but the icy reception “left [her] feeling a little strange.” She continued: “Then again it was all very frantic, she may of actually not recognised me I suppose. [sic]”

Megan’s cold shoulder came after the pair shared a warmer encounter in the audience of Dancing on Ice.

Charlotte recalled the events of that evening to her followers: “I sat next to @meganbartonhanson at Dancing on Ice once, and she was really nervous as Wes was on the ice and was so chatty and lovely.

She continued: “She was really worried they may make it look like she was watching in disgust as Wes danced with his female partner.”

Romance rumours about Wes and Vanessa began pretty early on in the 2019 competition. Megan notably hit out at Vanessa on Instagram.

She wrote: “Love that you decide to announce your breakup with your boyfriend on the night of your 1st performance with my boyfriend!

“You've never reached out to me once or invited me to watch you train, it pained you to introduce yourself to me last night, you didn't even look me in the eye LOL. Hope the tactical breakup got you the headlines you wanted babe.”

However Charlotte insisted that Megan “wasn’t bothered” about Wes and Vanessa skating together. “We both knew how they can make things look,” she explained, “so we both made a little plan to chat together and be smiling whenever the cameras were on us.”

Charlotte clarified that she didn’t tag Megan in her story “for beef,” and revealed that the pair had had words since. “We actually have chatted since on Insta. Hence why I said I wouldn’t say she was a rude girl.”