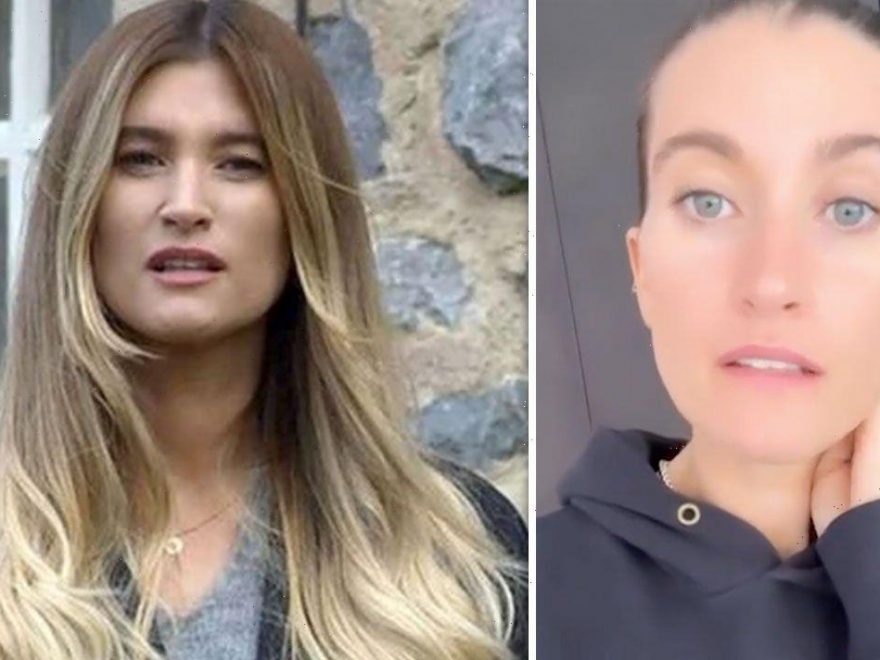 Charley Webb pressured into getting a hamster by husband Matthew

Emmerdale actress Charley Webb has teased fans with a sneak peak of her upcoming new role. She said she wasn’t sure how much she was “allowed” to share – but posted a snap from her first day on set.

In view of her 564k followers, the Debbie Dingle actress was answering questions from fans.

One asked to see a photo of her “new role”.

Charley replied with a mirror selfie, in which she is making a peace sign and smiling into the camera.

She looked casual in a pair of cream joggers, a green and white tracksuit top and Ugg boots.

Her long brunette locks were scraped into a low ponytail, and her attire didn’t give any clues as to her latest character.

“Not sure I’m allowed,” she explained.

“Here’s my on my first day though (sic),” she continued.

“(Before Ace ruined my Uggs with a pint of milk a few weeks later),” Charley added, referring to her two-year-old son.

Emmerdale fans were shocked when Charley, who is married to her former co-star Matthew Wolfenden, revealed she wouldn’t be returning to the soap.

Over the top of a picture of her, husband Matthew and their three kids, she wrote on Instagram: “This is always my most asked question but I’ve never answered it before because I’ve never wanted to make a big deal of it.

“I left to have Ace 2 years ago. I went back at the end of last year for 10 weeks to complete a storyline.

“So, I guess officially it’s been a year. I never felt the need to announce it which is why we didn’t.”

An Emmerdale spokesperson told The Sun at the time that there “are no current plans” for Debbie to return to the show.

Joining the programme as a child, Charley had starred on the ITV soap for two decades before she departed, around the same time as Matthew, who played David Metcalfe.

The mum-of-three appeared to hint she would be back on TV screens in due course as she teased a new project recently.

Taking to her Instagram stories, Charley shared a photo of her slippers while sitting in a car.

In view of her 563,000 followers, she captioned the post: “The slippers are coming to work with me today.”

Kris captioned the post: “Making a brew with @miss_charleywebb.”