Celine Dion may have stayed in Vegas too long.

The iconic singer, who currently has a residency at Cesar’s Palace on the famous strip, rocked up to the Met Gala wearing an outrageous beaded gown with a suitably outlandish feather headdress.

Her outfit caused quite the stir for all the right reasons as her get-up looked like something she would wear on-stage at her Las Vegas show.

Leaving fans and just about anyone in her path speechless, the 51-year-old wore a custom Oscar de la Renta dress to the annual fundraising event.

Her Met Gala look is constructed from 18 panels, hand-beaded by 52 master embroiderers over a total of 3,000 hours and weighs over 22 pounds.

This year’s theme is “Camp: Notes on Fashion,” but the My Heart Will Go On singer admitted during an interview on the red carpet she didn’t quite understand the brief. 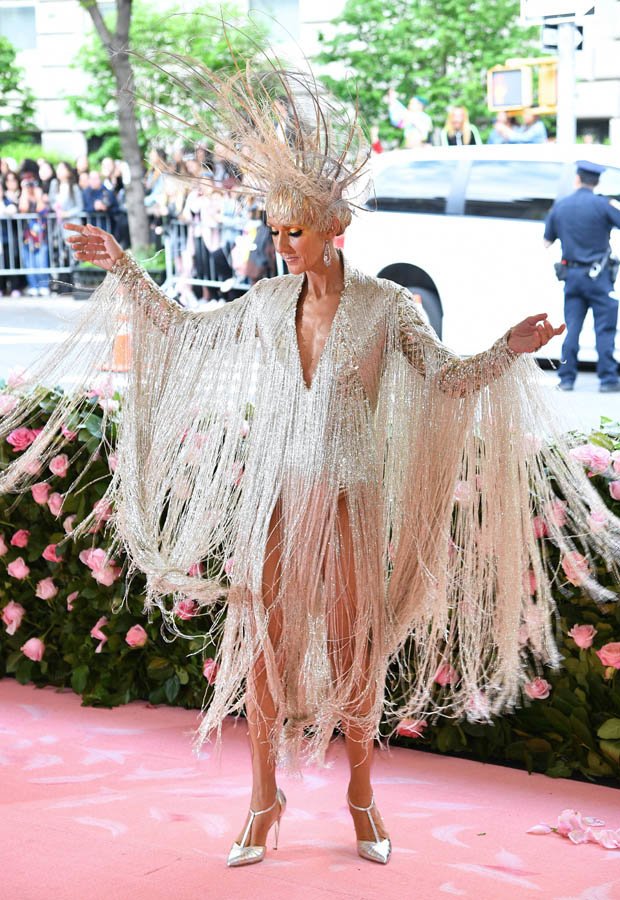 “I was ready to camp and sleep all night.”

After some initial confusion, the fashion designer told her: “Girl, you don’t know what camp is. Oscar de la Renta’s going to show you.” 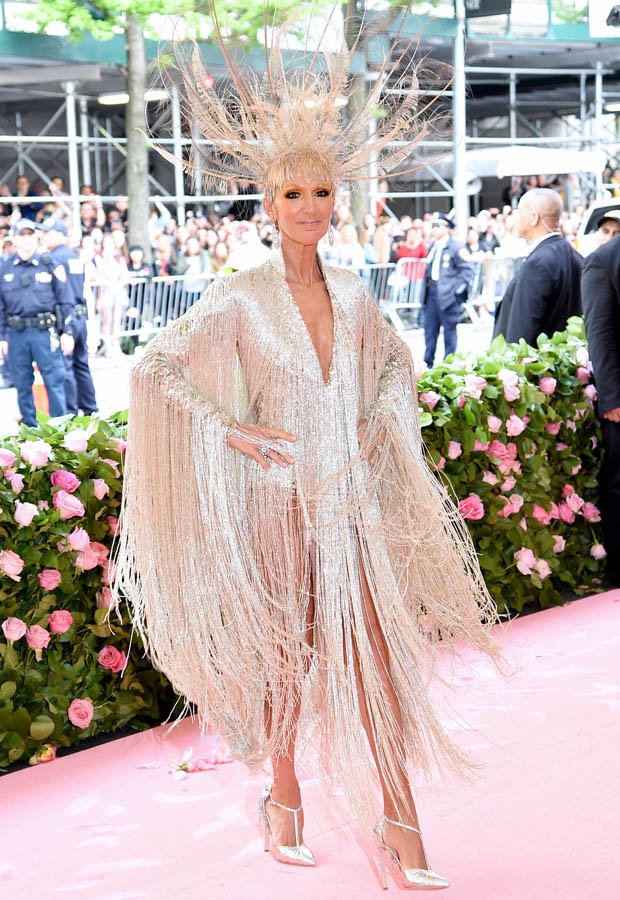 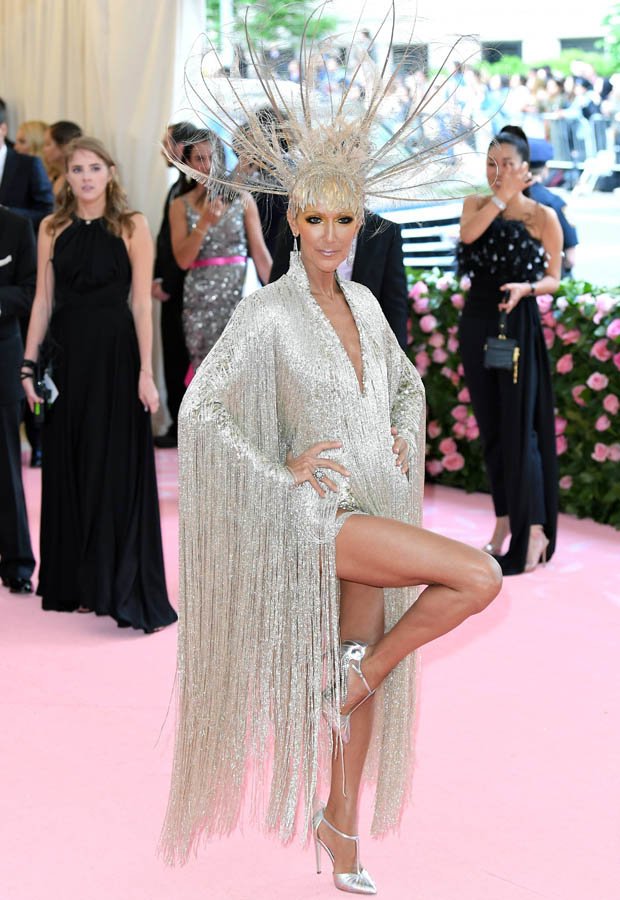 While one thought it was time to she left Sin City behind her: “Celine may have spent a bit too much time with the showgirls during her Vegas residency.”