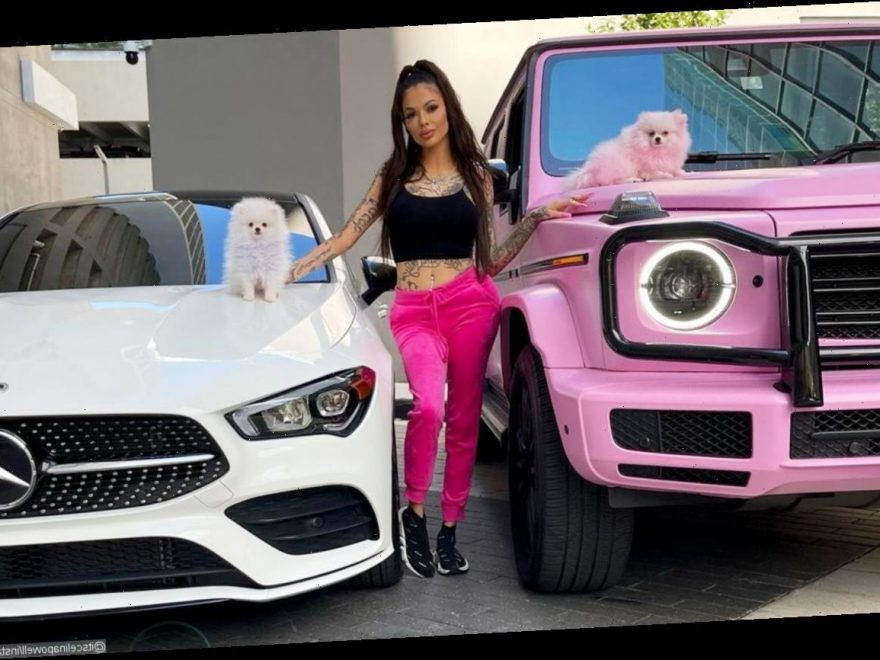 According to an arrest report, the Internet personality was arrested on Monday night after making a right turn without using her signal on Southwest 137th Avenue onto Southwest 18th Street.

AceShowbiz –Celina Powell had another run-in with the law. The Internet personality reportedly was arrested on Monday night, March 8 in Miami for violating traffic rules and driving on a suspended license.

According to an arrest report, Celina made a right turn without using her signal on Southwest 137th Avenue onto Southwest 18th Street. That prompted Miami-Dade police to get her pulled over and gave the OnlyFans star a verbal warning for not using the turn signal, which is a common method of driving in South Florida.

However, police later arrested her on a charge of habitually driving on a suspended license. The report mentioned that her license was revoked in Colorado for being a habitual traffic offender. Following the report, Celina’s mugshot circulated online, featuring the Instagram star wearing a white top.

Most people would know Celina as someone who often exposed rappers for having an affair with her. She outed numerous artists by sharing alleged DMs or recordings of phone calls and messages. While Celina succeeded to charm several rappers including Snoop Dogg and 6ix9ine, it seemed like it didn’t work for Drake.

Back in January, viral screenshots of text exchange, which was believed between Drake and Celina, found their way out online, featuring the “In My Feelings” rapper expertly curving her advance. Celina was seen writing to the Canadian star, “Iamcelinapowell.” To that, the “God’s Plan” spitter responded coldly, “Def never gave u my number. I know who u are. I want noooooo parts.”

Upset, the self-proclaimed Black Widow replied, “welp okay.” However, she reminded Drake that he sounded different in his previous DM to her. “N yes you did it’s still in my dm. I don’t wanna upset you tho so I’ll stop,” she said.

Amused by Drake’s response, some fans took to their social media accounts to troll Celina. “damn tht s**t just screams desperate,” one person wrote on Instagram. “Clout chasing is moving this world,” someone else noted. However, one person believed that Drake was just playing hard to get when he actually wanted her as much. “Nahhh He really be thirsty thoug. he just playin it cool,” the person said.

Celina apparently caught wind of the viral screenshots. Taking to Instagram Stories, she wrote, “Not me being dragged 2 years later after Drake curved me.” She later revealed in one of her posts on Twitter that she got Drake’s number from Tory Lanez‘s phone.