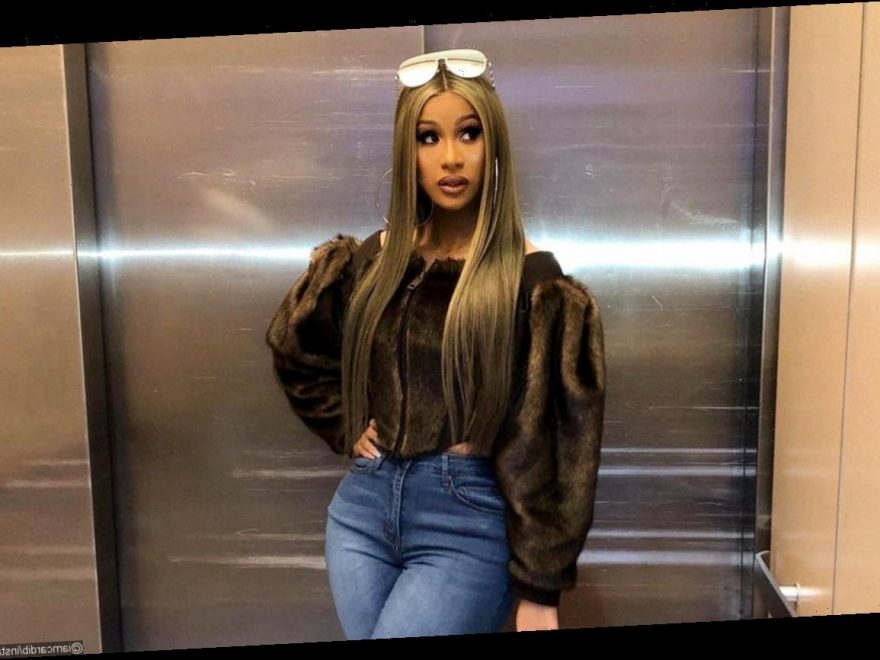 The ‘WAP’ hitmaker, whose mother is Trinidadian and father is Dominican, hopes that her beauty products will help people learn about different types of hair as an Afro-Latina.

AceShowbiz -Rapper Cardi B wants to share her haircare secrets with fans by launching her own line of products. The “WAP” hitmaker, whose mother is Trinidadian and father is Dominican, has been dedicated to growing out her natural hair, and sharing her growth journey with fans online.

However, after receiving a string of offensive comments about her locks from social media trolls, Cardi decided to spend her spare time developing her own beauty line, which she hopes will educate people about different types of hair as an Afro-Latina.

“This year I will be coming out with a hairline that I been working on at home for my hair and my daughters,” she posted on Instagram.

“however,I think [it] is time for people to educate themselves on nationality,race and ethnicity.Being Hispanic/Latina don’t make your hair long , don’t make your skin light or don’t make your face features slim specially Latin countries from the Caribbean islands [sic].”

“Dna have something to do with your hair not your nationality but guess what you can always maintain your hair…,” Cardi continued, before pointing out, “and one more things not everyone that speaks Spanish is Mexican [sic].”

She also posted on Twitter, “Hair texture [doesn’t] make you a race, however I am Afro-Latina [sic].”

Cardi B stressed that she is indeed an Afro-Latina.

Cardi previously gave fans a tutorial on how to create the hair mask she uses on herself and her daughter Kulture, who turns three this July. The ingredients she used included an avocado, a banana, argan oil, mayonnaise, eggs, olive oil, honey and black castor oil.

The rapper won’t be the only celebrity getting into the hair product industry – Rihanna recently filed trademarks for Fenty Hair, under which she wants to release relaxing tools, waxing, straighteners, curlers and hair coloring preparations, as well as non-medicated dandruff shampoo, hair restoration lotions and hair glitter.