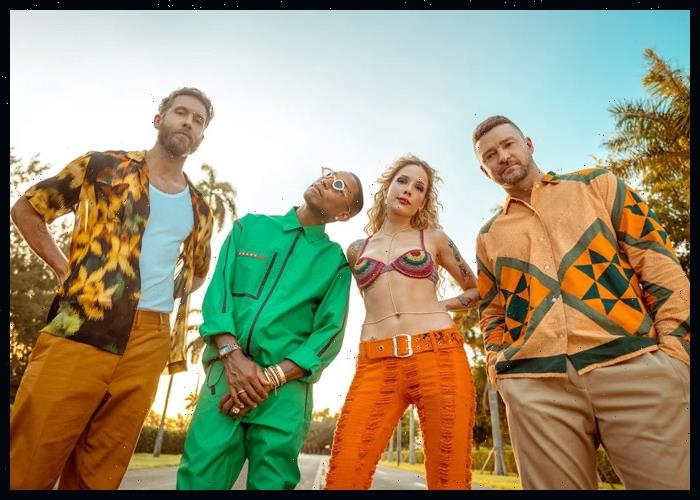 The easy going, funk-laden track is the latest from Harris’ upcoming LP Funk Wav Bounces Vol. 2, which is due out on August 5.

“Hey, it’s a mess out there,” Harris sings on the “Stay With Me.”
“They can leave, but we don’t care/We’ll stay, I’m good right here/I’ve been waiting for you all year.”