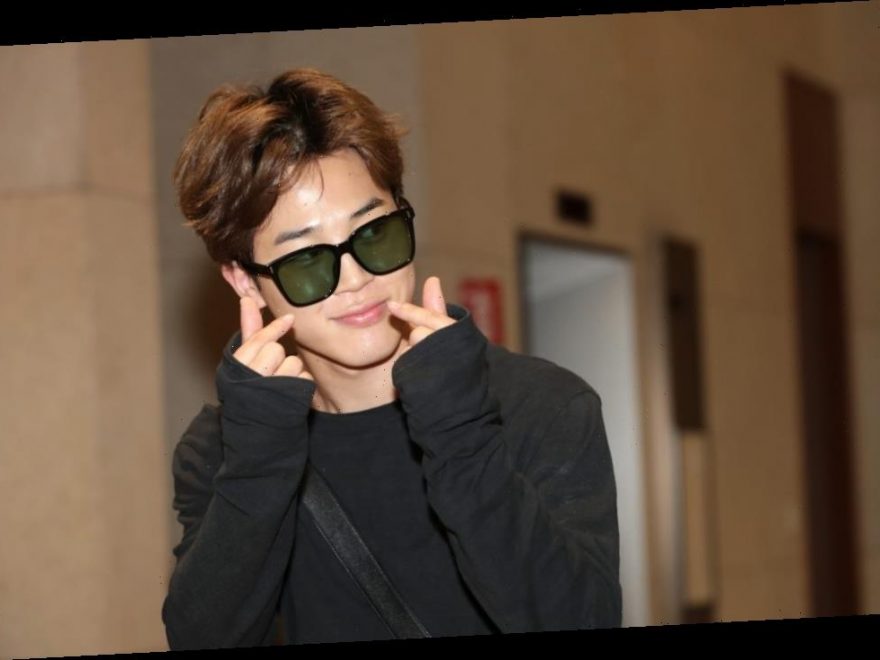 Jimin is a singer, dancer, songwriter, and one of the seven BTS members. When it comes to his celebrity crush, though, this idol’s favorite actor is different from his fellow idols.

Here’s what Jimin said during one interview about his celebrity crush.

Jimin is one of the singers in BTS

This singer is known for breaking records with his solo music. He’s the first K-pop artist to have 3 songs reach 50 million plays on Spotify. He also earns millions of views (and hearts) on his live streams. When it comes to his music with BTS, however, Jimin is just as special.

“I’m the kind of person who likes to be loved,” Jimin said during one interview, according to Pinkvilla. “Looking back, I realized I do what I do not just for the work itself, but to be loved by my friends, family, the group, and fans.”

“It’s been really hard to hold onto those connections, but I felt a fullness once I was sure of that love and kept those relationships close,” he continued. “It was like getting something of my own.”

This idol sings with the other BTS members for songs like “Dynamite” and “Life Goes On,” playing a large part in the dance routines for most like performances. When it comes to his celebrity crush, this performer mentioned an actor famous for their roles in American-based films.

Who is Jimin’s celebrity crush?

During a 2017 interview with E! News, Jimin shared that his celebrity crush is the actor Rachel McAdams, best known for her role in the romance film, The Notebook and the comedy Mean Girls. (She’s also the star of About Time, the movie that inspired V’s solo song, “Winter Bear.”)

Each BTS member shouted out different celebrities when it came to their crushes. For Suga, that was the star of Marvel movies like Avengers: Endgame and the upcoming Black Widow, Scarlett Johansson. For J-Hope, that’s the Mamma Mia singer, Amanda Seyfried.

Who are Jimin’s celebrity friends?

When it comes to his celebrity friends, though, Jimin has a few adorable relationships with other performers. That includes K-pop idols like Taemin from SHINee, Kai from EXO, Sungwoon and Timoteo from Hotshot, and Ravi from VIXX.

For BTS’ song with Halsey, in a few rehearsal videos, he encouraged the “Without Me” singer to look at him if she ever forgets the dance moves. The singer later gifted each of the performers with friendship bracelets, which they wore at the Billboard Music Awards.

The “Life Goes On” music video is now available on YouTube. Music by BTS, including their recently released album, Map of the Soul: 7, is available for streaming on Spotify, Apple Music, and most major platforms.