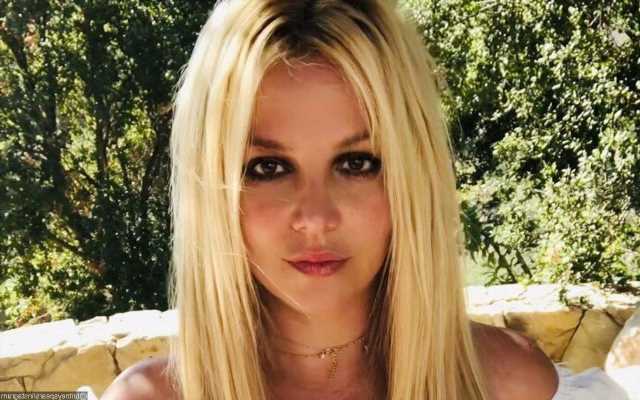 On the reason why she celebrates the holiday early, the ‘…Baby One More Time’ hitmaker explains in her post that she wants to ‘find more joy in life.’

AceShowbiz –Britney Spears may end her conservatorship soon, but she still has something to worry about. Taking to her Instagram account, the “Toxic” hitmaker voiced her frustration as she revealed that she’s celebrating Christmas “way early this year.”

On Friday, October 15, the pop star shared a picture of a Christmas tree set up in her living room. She kicked off her caption, “I’ll just be honest and say I’ve waited so long to be free from the situation I’m in … and now that it’s here I’m scared to do anything because I’m afraid I’ll make a mistake !!!”

“For so many years I was always told if I succeeded at things, it could end … and it never did !!! I worked so hard but now that it’s here and getting closer and closer to ending I’m very happy but there’s a lot of things that scare me !!! The paps run through the trees and onto the road when I drive home and it’s creepy !!!!” the 39-year-old lamented. “And I have to drive by an elementary school … the kids are a big deal … but so am I !!!!!”

“I don’t like that they try to scare me and jump out like they do … it’s like they want me to do something crazy !!! So like I said I’m fearful of doing something wrong … so I won’t be posting as much in a world where it’s our liberty to be free, it’s a shame !!!” the mother of two added. “I started experiencing that when I got the keys to my car for the first time 4 months ago and it’s been 13 years !!!! I haven’t done anything to be treated the way I have for the past 13 years !!! I’m disgusted with the system and wish I lived in another country !!!”

Britney went on to explain that she’s celebrating the holiday early because she wants to “find more joy in life.” She further elaborated, “It’s no secret that I’ve been through it in the past … so I might have to do things a little differently from now on !!!”

“Lord have mercy on my family’s souls if I ever do an interview !!! In the meantime … I’m staying clear of the business which is all I’ve ever known my whole life … which is why this is so very confusing for me !!!” she concluded her message. “Anyway … God bless you all !!!”

Britney has been under conservatorship since 2008, making her unable to make her own decision in everything. Luckily, her father Jamie Spears was formally removed from the responsibility of overseeing her financial estate in September. Her next court hearing is set for November 12.